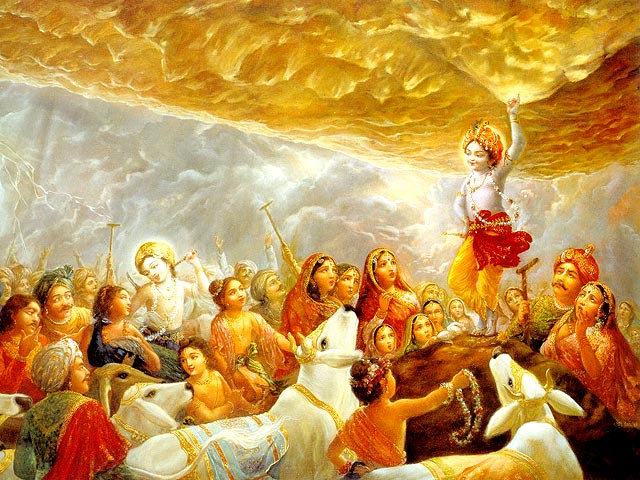 In the tenth pAsuram, AzhwAr is enjoying emperumAn‘s act of lifting up the gOvardhana hill and protecting [the cowherds and cattle].

krishNa, who eliminates danger, lifted up the gOvardhana hill, stopped the disaster-causing rain, for the grazing cows to take shelter underneath it, to have the animals residing on the hill roll down and fall, to have the ponds which have water filled up to the top, pour down with a tumultuous sound, and to have the groups of cows and cowherds of thiruvAyppAdi take shelter there.