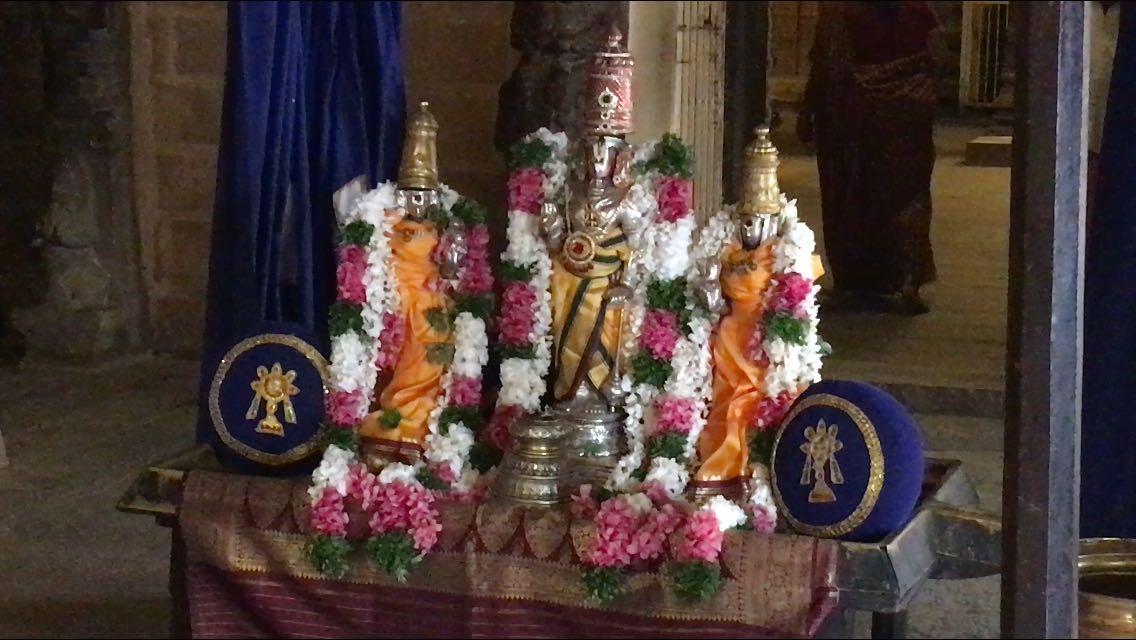 In the sixth pAsuram, parAnguSa nAyaki says “I am not at the stage where you can enquire ‘should we take her there or not’; my desire has crossed the limits; I cannot sustain myself here; take me to thenthiruppEreyil at once”.

neela mugil – like a dark cloud
vaNNam – manifesting the beautiful form which is magnanimous by nature
em – one who enslaved me
perumAn – lord
munnE – in front of me
vandhu – arrived
niRkum – stood as visualised [by me];

(instead of himself embracing me after arriving)
en – my
kaikkum – for hand
eydhAn – beyond my reach (like such cloud);

My lord who enslaved me by manifesting the dark cloud like beautiful form which is magnanimous by nature, arrived in front of me and stood as visualised [by me]; yet he was beyond the reach of my hand; my love became much larger than the ocean; take me at once to thiruppEreyil where he has arrived and is manifesting his generosity in this world, and where vaidhika practices which are a form of worship of emperumAn are occurring continuously  in the presence of distinguished persons who are experts in four vEdhams, and which is having beautiful paddy crops which are swaying like fans and abundant water bodies.

When asked “Why do you want to go immediately?”, she says,

They said “still, should you not restrain your love, listen to us and follow us?” She says,

They asked “Is he reachable for you?”, she says,