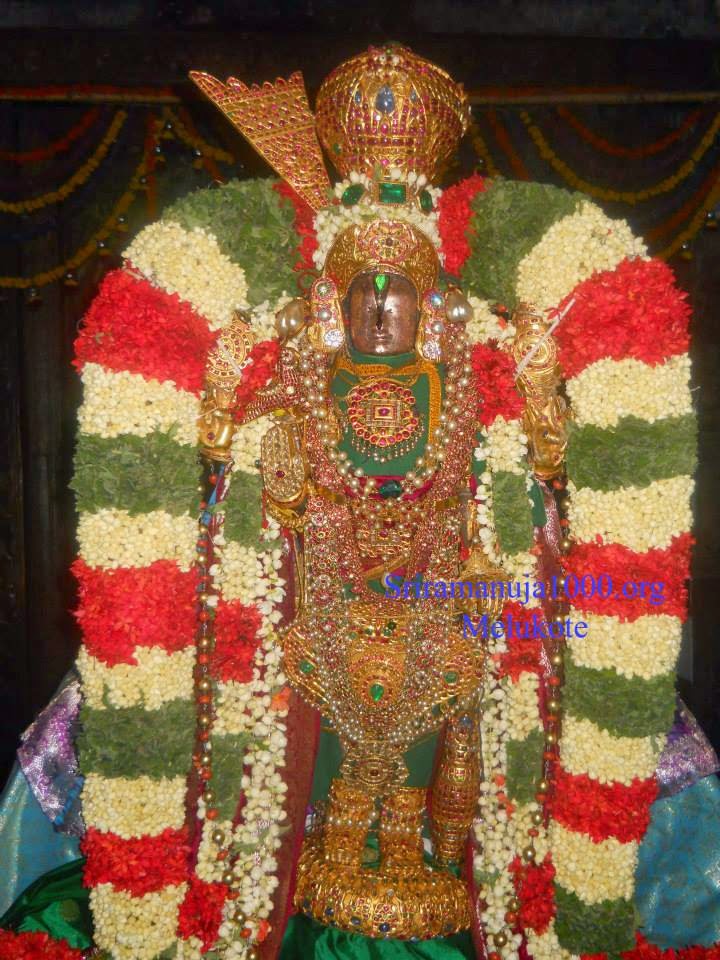 See nanjIyar‘s introduction. Thus, meditate upon the qualities of emperumAn who is the cause of all and who is greater than all.

Seventh pAsuram. When asked “Though wealth has the defects which you highlight, food, drinks etc have the quality of being dhAraka (that which sustains), bhOgya (that which gives pleasure)”, AzhwAr replies “even they are not permanent”.

(unable to refuse)
pinnum – again
thuRRuvAr – will eat, with difficulty

(after losing such wealth, they will go to the places of those damsels and tell them – you too,)
emakku – for us
oru thuRRu – a handful of food
Imin – give
enRu – asking so
idaRuvar – (even if they don’t get that, at every house) knock around;
Adhalil – thus
thuzhAy – decorated by thiruththuzhAy (thuLasi)
mudi – the infinitely enjoyable lord, due to having the divine crown
Adhi – being the cause of all
am – beautiful
sOdhi – one who has radiant divine form, sarvESvaran’s
guNangaL – qualities
kOmin – enjoy together

[The rich folks] after eating (distinguished) food which is matching the nature [of oneself], pleasing, world renowned and having six types of tastes, and feeling full, they will again eat with difficulty, unable to refuse the desire of pure (due to the affectionate attitude) and soft-spoken, damsels; after losing such wealth, they will go to the places of those damsels asking “you too give us a handful of food” and knock around (their entrances); thus, together you enjoy the qualities of beautiful sarvESvaran who has radiant divine form, who is infinitely enjoyable lord due to having the divine crown which is decorated by thiruththuzhAy (thuLasi) and who is the cause of all.