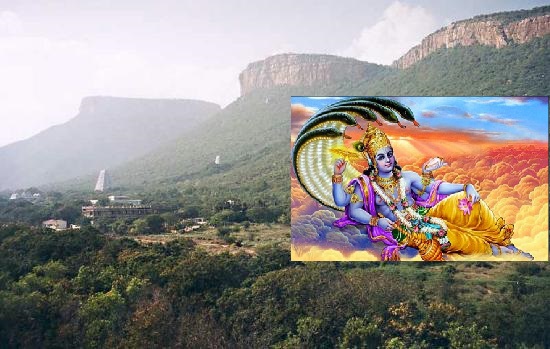 In tenth pAsuram, out of abundant joy, AzhwAr requests everyone to take shelter of the divine foot hills of thirumalai.

Subsequently, AzhwAr tells his own people “Accept thirumalai which is perfectly enjoyable, as the ultimate goal”.

In tenth pAsuram – AzhwAr says “Since thirumalai is the goal, all of you take shelter of its foot hills when your senses are functioning well”.

Tenth pAsuram. AzhwAr says “Since thirumai AzhwAr is the goal for everyone, all of you take shelter of the divine hill”.

thirumalai is glorified due to its similarity in its form to ananthan (AdhiSEshan) who is having expanded hoods and is the bed of sarvESvaran; the spacious divine foot hills of such thirumalai is having enriched garden with beautiful flowers; before your senses wane and your heart dies (due to that) when the beginning of the end of your determined life span approaches you, go and reach such divine foot hills of thirumalai.