In this pAsuram he (maNavALa mAmunigaL) is divining about the effect of having association with the opposite type of people who are to be shunned, by saying ‘theeya gandham’, etc.

That is, for those things that are near things like garlic that are the habitat for bad smell, their fragrance in them would be gone and the bad smell would get into it every day. 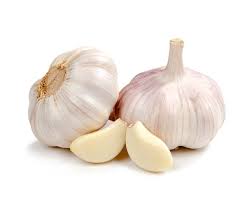 It would, only due to the connection of being near it, would remove the fragrance of those things without any trace (nalla vAsanaiyaiyum vAsanaiyOdE kUda pOkki), would give its bad smell to it, and would make it same as its own nature.

It is said ‘sathAmasEvanAn nithyam asathAm cha nishEvaNAth | ksheeyanthE chAthanasyanthi gyAna vairAgya bhakthaya:’ (for those not being with noble people, and serving the ignoble ones, the knowledge, devotion, and steadfastness would destroy in them) ;

By this, due to association with ignoble ones, qualities like subservience, etc., would be destroyed from the root, and he would be like a non-existent as said in ‘asannEva [thaiththiriya upanishath Anandhavalli – 6]’.