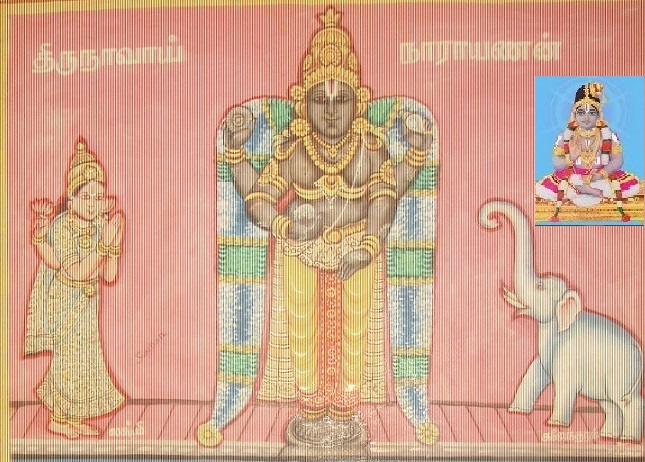 In this pAsuram, mAmunigaL is following AzhwAr’s pAsurams of being unable to wait until the messengers return and desiring with the thought “we should reach thirunAvAy” and is mercifully explaining it.

How is that done? Before the messenger who was sent by AzhwAr reached emperumAn, informed AzhwAr’s state and returned, due to the great urge in attaining bhagavAn, the goal, AzhwAr thought “When will I reach thirunAvAy where he is mercifully present, and see his presence with his divine consorts in the grand assembly along with the residents there, and enjoy that vision and serve him?” mAmunigaL mercifully explains this principle explained in “aRukkum vinai” starting with “aRukkum idar“.

AzhwAr sent messengers to emperumAn thinking “he will eliminate our sorrows”. With the divine heart which is unable to bear the delay in the return of the messengers, without knowing what to do, urging greatly due to bewilderment, AzhwAr set out to go to the distinguished thirunAvAy.

When asked “Why did he do it?”