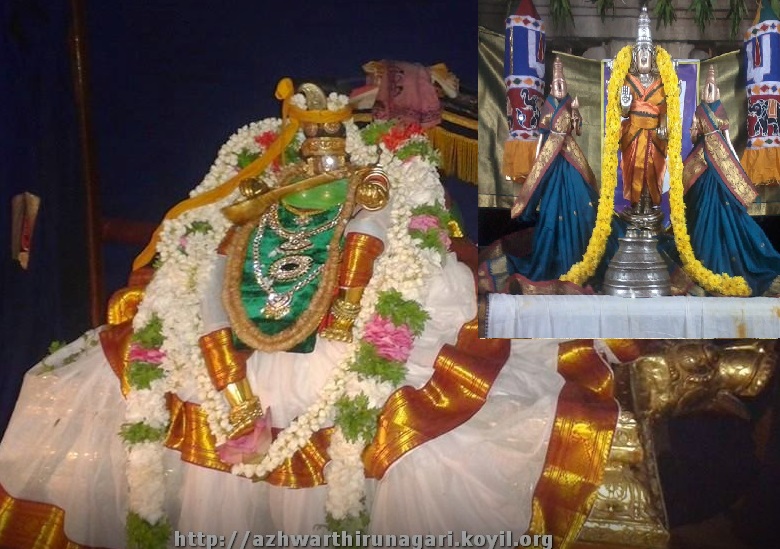 In this pAsuram, mAmunigaL is following AzhwAr’s pAsurams of announcing the detachment  in AthmA and AthmA’s belongings and is mercifully explaining it.

How is that done? Previously emperumAn cleared AzhwAr’s doubts but AzhwAr did not get to experience emperumAn externally as desired; due to this, AzhwAr became anguished and assumed a different mood (of parAngusa nAyaki) and thought “I must unknowingly have some attachment in samsAra, which is known to bhagavAn who is sarvagya (omniscient)” and mercifully spoke about becoming detached from self and belongings of self, through the words of parAngusa nAyaki. mAmunigaL mercifully explains this principle explained in “nangaL varivaLai” starting with “nangaruththai“.

To inform emperumAn who is well analsying AzhwAr’s heart, AzhwAr, with the unnecessary doubt of having attachment in this world which is known to emperumAn, analysed the nature of self and belongings of self, realised being detached from them, and mercifully spoke about what he found out.