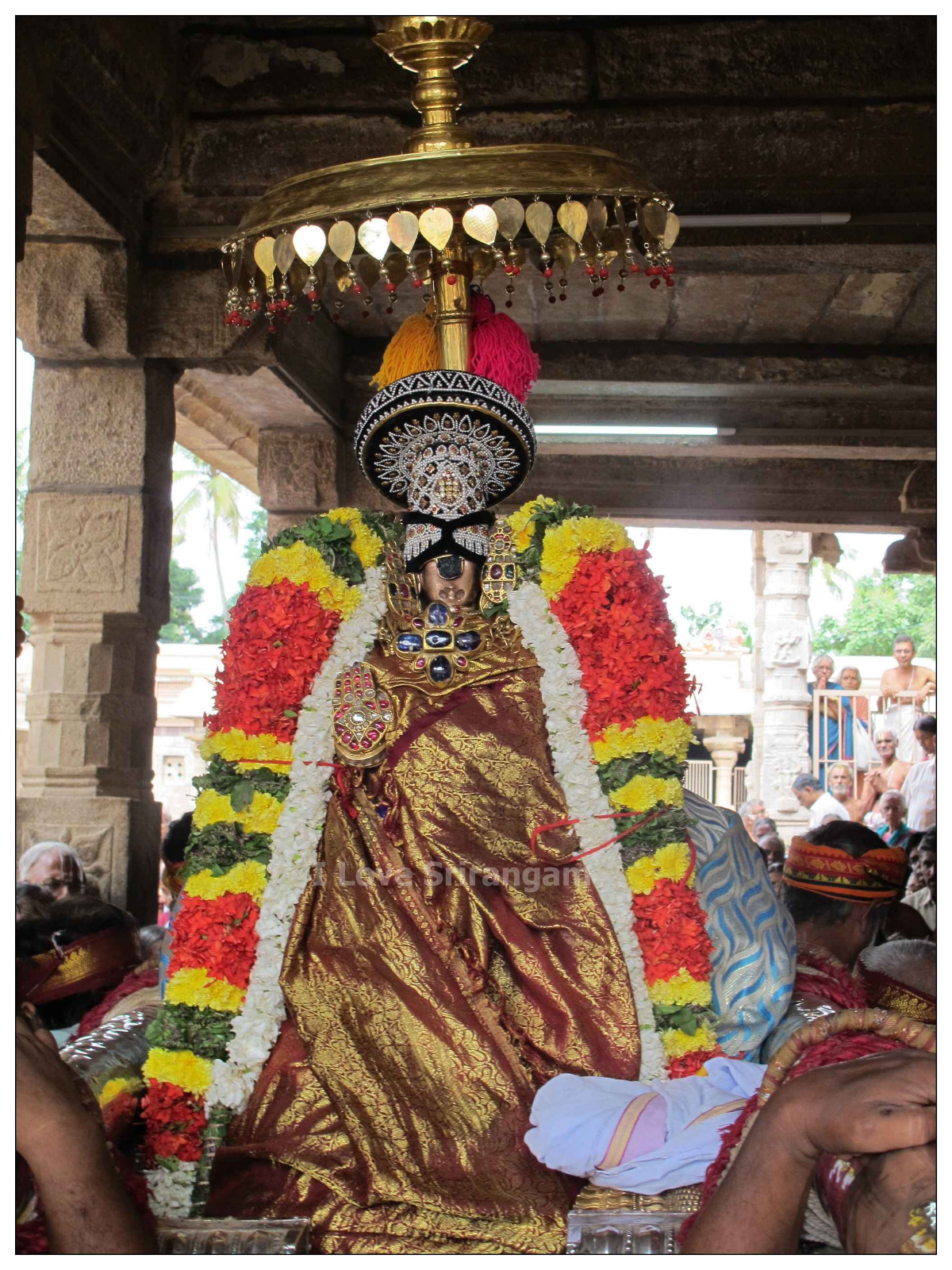 In the third pAsuram, AzhwAr says “If we are unable to reach thiruvARanviLai, can we at least eternally get to meditate upon, even if we are here, the divine feet of emperumAn who is standing there?”

(as per his wish)
nichchalum – forever

(always, without a break)
peRa – to get
vAykkum kol – will it happen?

emperumAn is having well established glory due to being present in thiruvARanviLai which is surrounded by field which is having rising sugarcane and tall, red paddy crop; being the lord of three types of chEthanas (sentient beings) and achEthanas (insentient entities),  he incarnated in SrI mathurA as krishNa who is being apt with the divine complexion of a blue gem; will I get to meditate upon the lotus feet of such great benefactor forever, in my heart?