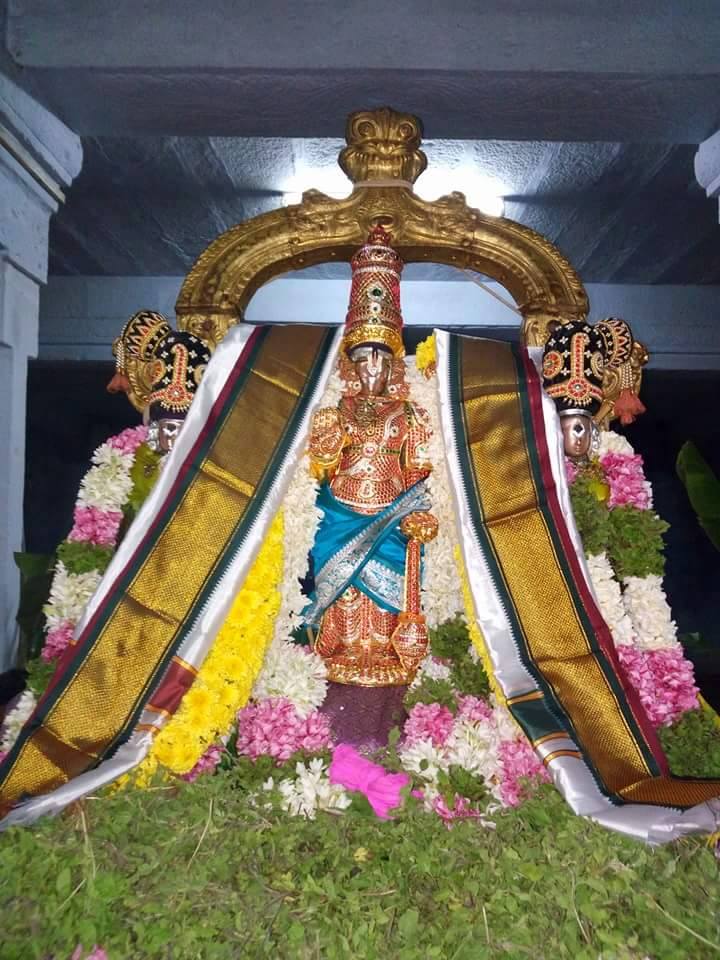 In the third pAsuram, parAnguSa nAyaki‘s friends ask “Is your act in line with our shyness and honour?” and she replies “after being captivated by his beauty, my heart lost all of those”.

Third pAsuram. Everyone except one of her friends withdraw themselves saying “this is not possible for us”; that one friend said “this is not good for us; should you not control your heart and sustain yourself?”, parAnguSa nAyaki replies “What can that heart do now? It has lost everything it had by being captivated by his beautiful limbs etc”.

Oh friend who helped our union previously! My heart is plunged into emperumAn’s enjoyable, reddish fruit like lips; it is residing humbly under the reddish, radiant, tall, divine crown, matching its [crown’s] supremacy; it is becoming joyful seeing the divine ornaments which confirm such supremacy; it is existing exclusively for the greatly enjoyable lotus like divine eyes; it has lost its natural shyness and obedience to the benefactor who is easily approachable in this archAvathAram, highlighting his distinguished nature, mercifully residing in thenthiruppEreyil where festivals are happening continuously without a break, every day and month, manifesting himself to people like us.