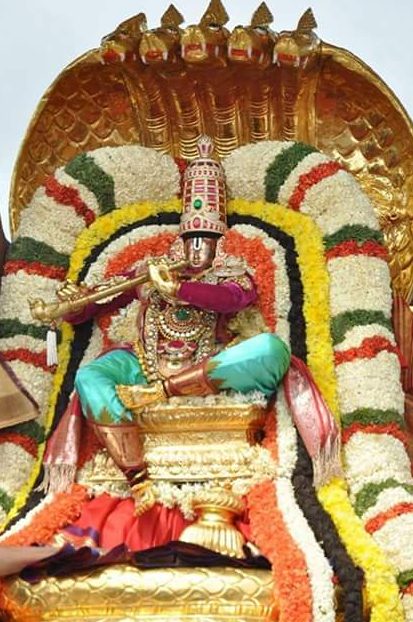 In ninth pAsuram – AzhwAr says “To bestow us the kainkaryam and to remove our hurdles, thirumalai is not needed; thiruvEnkatamudaiyAn who is a part of thirumalai, himself is sufficient”.

Subsequently, AzhwAr says “the ability to remove the hurdles by thiruvEnkatamudaiyAn who is dhESikan (leader), is due to his relationship with the dhESam (divine abode), thirumalai”.

krishNa who is residing in thiruvEnkatam is the one who destroys old age  that would cause disturbance in attaining the result, birth (basis for the body),  destruction (of such body) and diseases (which come along with the old age), to those who place his very tender (like a flower that has just blossomed today) lotus feet in their speech and mind.