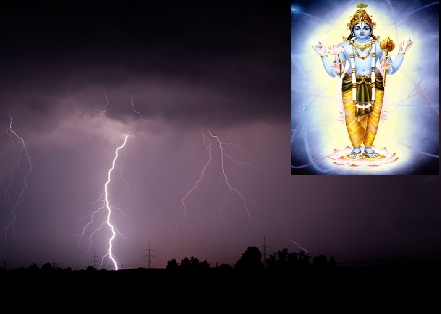 Can we give up things which we are used to for a very long time?

Can we give up things which we are used to for a very long time? nammAzhwAr says that when we understand their defects such as impermanence, etc., they can be easily given up.

Subsequently, to facilitate the process of renunciation (giving up), nammAzhwAr identifies the impermanent nature of the aspects which are to be given up.

In the first pAsuram, nammAzhwAr instructs everyone to give up all aspects other than bhagavath vishayam and surrender unto emperumAn. When some one questions “You are asking us to give up worldly attachments. But we have been used to it since time immemorial. How we can we give them up now?”. nammAzhwAr replies through this pAsuram “when you understand the defects of the worldly aspects, they can be given up”.

jIvAthmA accepts many bodies (birth after birth) which are liked by him. But these bodies are so impermanent that they are not even having the permanent nature of a lightning which appears and disappears in a flash. Seeing this, you meditate upon the supreme lord who is the master.

AzhwAr says when one analyses and understands the impermanent nature of the body etc which are related to the jIvAthmA, then those impermanent aspects can be easily given up.

Also, for the singular usage of uyir (jIvAthmA – soul) and plural usage of AkkaigaL (sarIram – bodies), periyavAchchAn piLLai quotes bhagavath gIthA 2.22 “vAsAmsi jIrNAni” slOkam, where emperumAn explains that just as a person acquires new clothes when the old ones are unusable, the AthmA too will acquire a new body when the old one becomes unusable (at the time of death). So, the same AthmA, continually acquires a new body birth after birth.