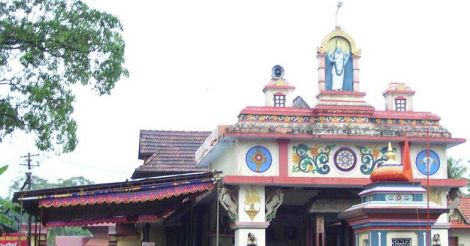 In the eighth pAsuram, parAnguSa nAyaki says “Will it be possible to serve him eternally?”.

Subsequently, parAnguSa nAyaki says “Will it be possible to eternally enjoy the divine feet of emperumAn who is eternally residing in thiruvallavAzh which is surrounded by fertile fields?”.

The cool thiruvallavAzh is surrounded by fertile fields which are filled with swaying sweet sugar canes and fresh paddy and are having ponds with blossomed flowers in close proximity. emperumAn, the great benefactor who is eternally residing in such thiruvallavAzh, measured and accepted the earth with his divine feet which grew to reach everyone’s head.  Oh friends who are having attractive forehead due to worshipping such emperumAn! Will it be possible for me to worship him everyday without even a momentary break?