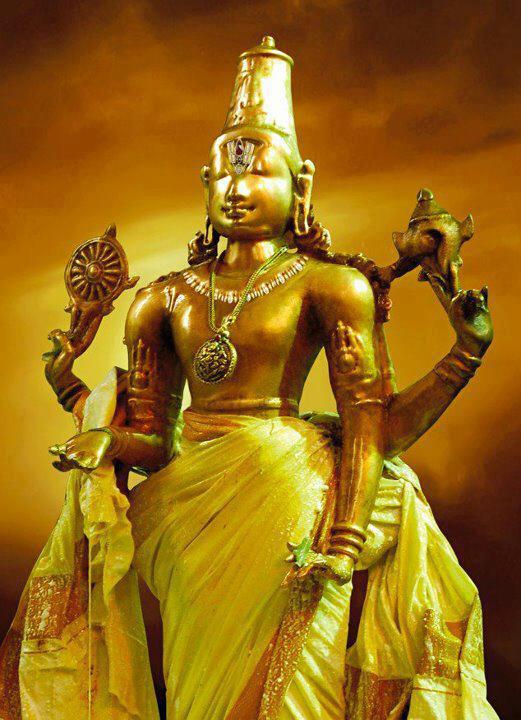 In the first pAsuram – AzhwAr says “To attain thirumalai (the divine hill of thirumAlirunjOlai) is the unsurpassed goal”.

In the first pAsuram – AzhwAr says “The goal is thirumalai which is dear to sarvESvaran who has unsurpassed radiance”.

kiLar – rising
oLi – qualified for gyAnam (knowledge) and aujvalyam (radiance)
iLamai – (beginning of) youth
keduvadhan munnam – before going astray (in worldly matters)
vaLar – increasing (after descending here for his devotees)
oLi – radiance of auspicious qualities (such as simplicity etc)
mAyOn – sarvESvaran who has amazing abilities
maruviya – staying firmly
kOyil – being the divine abode
vaLar – though growing
iLam – yet youthful
pozhil – gardens
sUzh – surrounded by
mAlirunjOlai – thirumalai which is being called “mAlirunjOlai” due to that (being surrounded by gardens)
thaLarvu – sorrow (in the form of relationship with ulterior motives)
ilarAgi – being free from
sArvadhE – to reach only that, is
sadhir – best

thirumalai which is known as thirumAlirunjOlai due to being surrounded by gardens which are growing yet youthful, is the divine abode of increasingly radiant sarvESvaran who has amazing abilities (his radiance increasing after descending here for his devotees) and who is staying here firmly; being in the (beginning of) one’s youth, which is qualified for rising knowledge and radiance and being free from sorrow, it is best to reach such thirumalai.