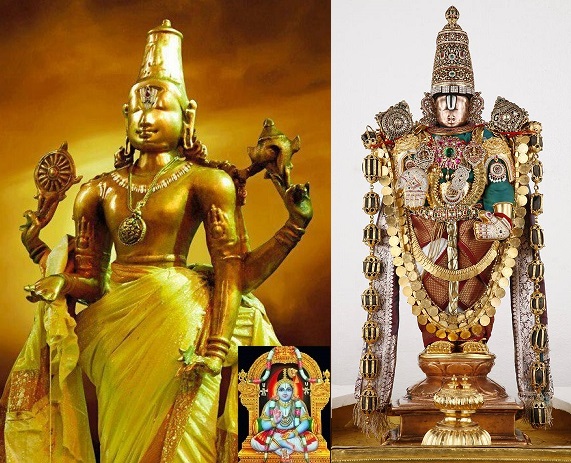 In this pAsuram, mAmunigaL is following AzhwAr’s pAsurams of becoming bewildered thinking “I am unable to fully enjoy emperumAn‘s qualities due to limitations in my senses” and emperumAn eliminating such bewilderment, and is mercifully explaining it.

How is that done? In the previous decads, AzhwAr tried enjoying the beauty etc of azhagar emperumAn but could not do it fully; he thought “it must be due to limitation of my own senses” instead of realising that it is due to emperumAn’s greatness; he became overwhelmed with sorrow thinking “emperumAn performed srushti (creation), avathAra (incarnations) etc to let me enjoy him fully without any limitations in senses; but I have lost it and am in a disastrous state now; will I be able to reach him now?” and called out for him in thiruvAimozhi 3.2 “munnIr gyAlam”; mAmunigaL mercifully explains this starting with “munnam azhagar ezhil“.

Previously AzhwAr became immersed in azhagar emperumAn‘s beauty; the ignorance caused due to the limitation in senses of AzhwAr who mercifully said “even for me, it is difficult to measure his beauty to be as a particular level”, was eliminated by emperumAn as he pacified AzhwAr’s heart.