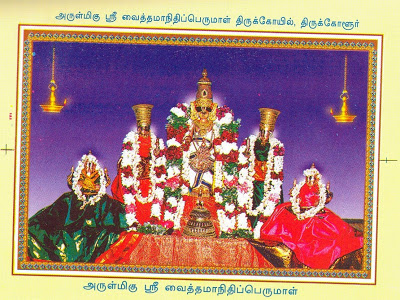 In the sixth pAsuram, parAnguSa nAyaki‘s mother says “After reaching thirukkOLUr and seeing his friendly glance etc, my daughter, out of great joy, weakens more”.

Without helping me, my little daughter left me with anguish now and entered thirukkOLUr; now, after seeing the SrImAn who eliminated her relationship with her relatives, lovingly glancing with his divine eyes and the lips shining radiantly due to the welcoming words, she is becoming weak every moment with her wide eyes filled with happy tears due to great bliss.