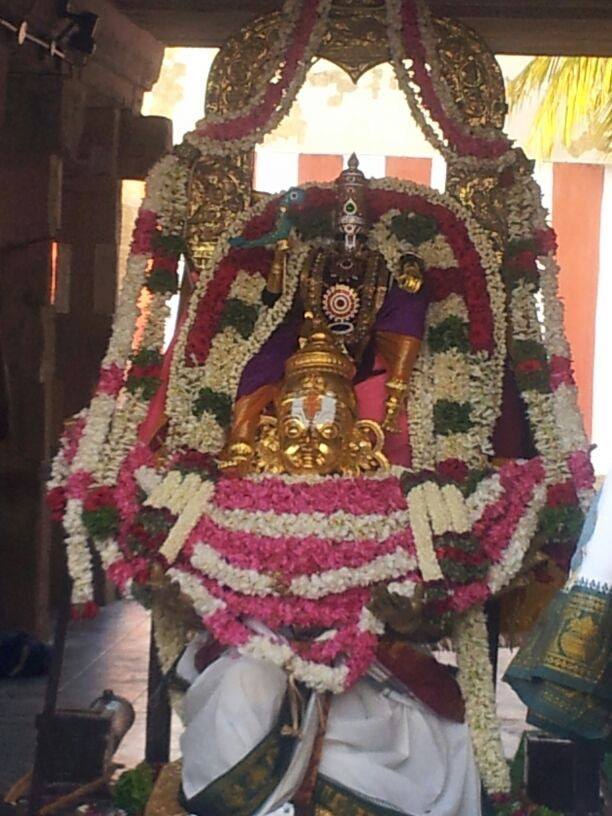 Subsequently, parAnguSa nAyaki‘s friend says “She is calling out his divine name which reveals his beauty etc, identifying thiruththolaivillimangalam, the divine abode of the remover of hurdles, and is performing anjali [joined palms]”.

Everyday, parAnguSa nAyaki is blabbering with melted heart and tears flow and make her tired; even the trees pity her when she calls out saying “Oh one who is having a beautiful blue gem like form!”; after learning the divine name of that abode as thiruththolaivillimangalam where krishNa who tore the mouth of kESi who came in the form of a horse is residing, she joins her palms and worships it.

When asked “since when is she worshipping like this?”, she says