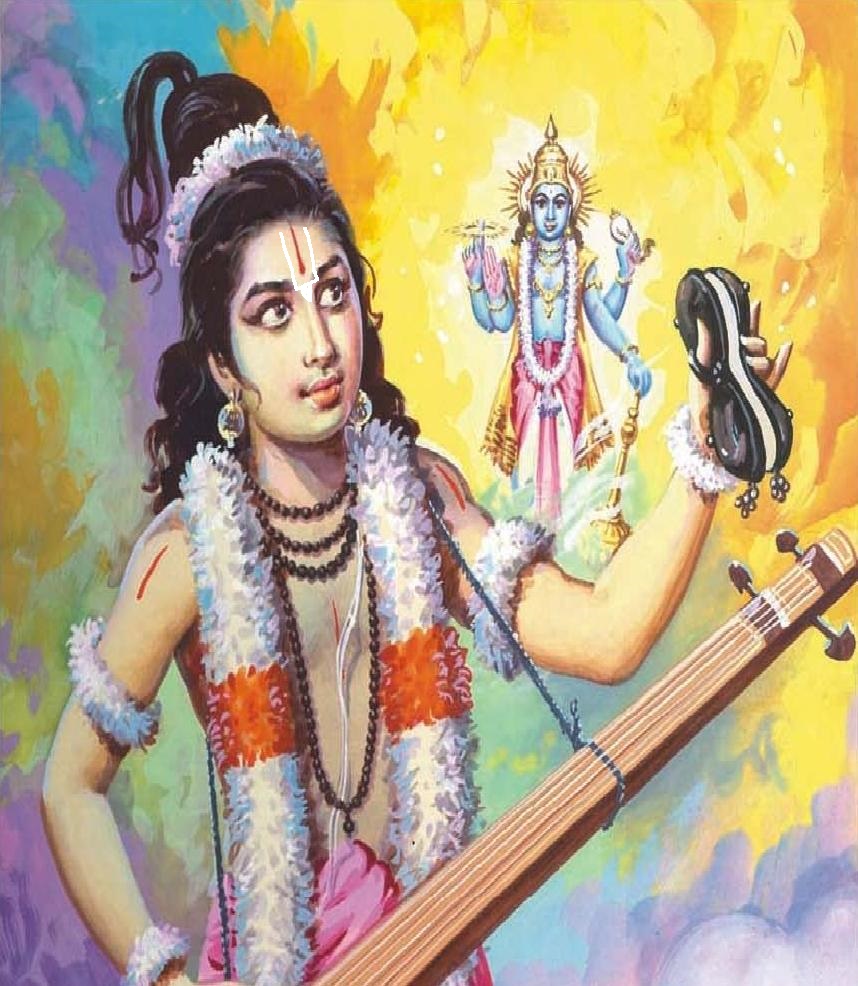 AzhwAr says that without any distinction between those who have already praised emperumAn and those who have just begun to praise him, they have all carried out what they were expected to do. As mentioned in the earlier pAsuram, wouldn’t only those who meditate on the activities that he carried out to protect the world and attain him, flourish!

(thus the two types of people)
vAzhavarAm – they will live with happiness
mAdhO – is this any surprise!

pazhi pAvam – pazhi is that which comes because of others heaping blame when one does not do anything on his own. pAvam results when one knowingly causes harm to others. Removing these two. In other words, removing the two inimical forces: blame which comes without a cause and sin which comes with a cause. Should one suffer the result of an action which he has not carried out at all [blame]?  This is also due the result of a sin [committed earlier]. Does he have to spoil the apt position for himself due to these?

palgAlum ninnai vazhi vAzhvAr vAzhvarAm – Those who worship you as ordained in SAsthrams  (sacred texts) and attain you, will live without any trouble. The means adopted to attain him and the benefit of attaining him would be cause for happiness. Even though it is said that “na sukhAth sukham labhyathE” (one cannot attain happiness through happiness), this does not apply to emperumAn related matter. Here, both the means (the effort that one takes) and the benefit that one attains will both be happy, without any difference.

mAdhO – this word is like a conjunction. “Is it a surprise?” asks AzhwAr.

nAraNan than nAmangaL – it is like speaking about one’s mother.

Let us take up the 21st pAsuram next.