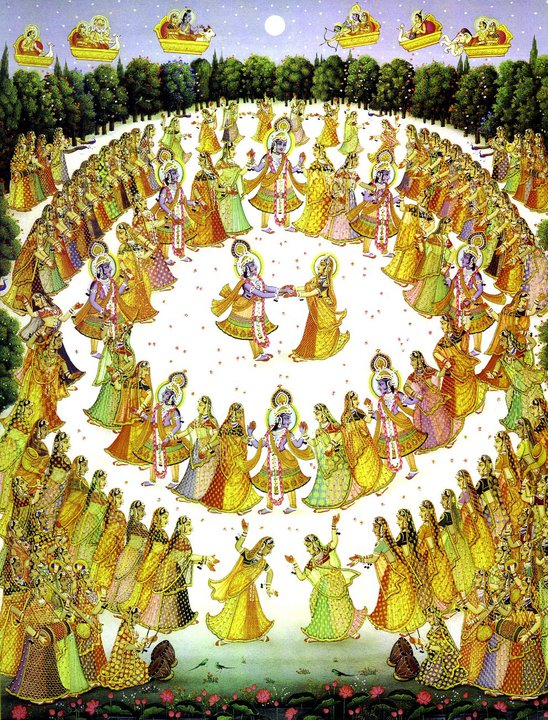 Subsequently, AzhwAr meditating upon the simplicity of kshIrArNavaSAyi’s (one who is resting in milk ocean) krishNAvathAram and the activities he carried out for his devotees where his simplicity is more than rAmAvathAram (incarnation as SrI rAma), says “Take shelter of him”.

(to eliminate the burden of earth)
paravi – speaking (his collection of qualities) clearly
vAnavar – dhEvas (celestial beings)
Eththa – to be praised
ninRa – stood (in front of them)
paramanai – one who is having supremacy
param sOdhiyai – (In his incarnations, as said in “dhEva dhEVESa“) having unsurpassed radiance

(to be enjoyed by the whole town, not just the girls)
kudak kUththanai – being the one who danced with pots

(to perform such actions which are pleasing to his devotees)
aravam – on thiruvananthAzhwAn (Adhi SEshan)
ERi – climbed
alai – (due to his presence, being agitated) and throwing the waves up in the air,
kadal – in the ocean
amarum – fit in well (thinking about their protection)
thuyil – sleep
koNda – accepted
aNNalai – lord
nan – good (due to being used in praising)
iravum pagalum – without knowing the difference between day and night
vidAdhu – without any break
enRum – always
Eththudhal – to engage in praising
manam – mind
vaimmin – keep

emperumAn who is having supremacy and unsurpassed radiance, stood in front of dhEvas to be praised in speaking his glories by them (who are praying to eliminate the burden on earth). He climbed on Adhi SEshan and slept there in a fitting manner thinking about the protection of all, in the milk ocean which is having agitated waves. Such emperumAn  descends as krishNa who remained subservient to the cowherd girls by performing the divine rAsa krIdA with those girls who were captivated by his beauty, He is having a very simple form like a [priceless] precious gem which can be easily secured in one’s waist cloth. He also performed the dance with pots to be enjoyed by the whole town, not just the girls. You keep your mind on praising such lord, without break during day and night.

[nampiLLai summarizes the whole pAsuram beautifully with a series of questions.]