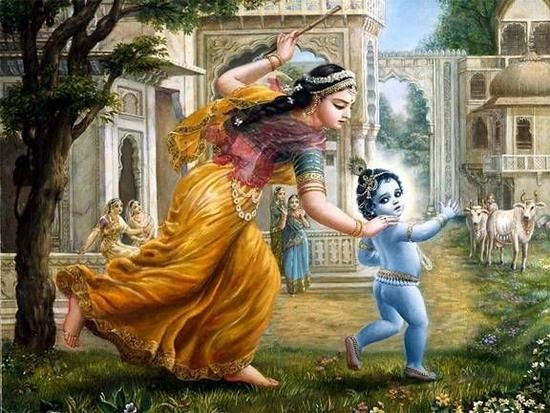 In ninth pAsuram, AzhwAr says “If I who don’t have the means such as karma yOga etc to see emperumAn, desire to see him, is there any means to see him?”.

Subsequently, AzhwAr says “How will I being empty handed, yet desirous of seeing my lord who is carrying the enjoyable divine chakra, see him?”.

In ninth pAsuram, AzhwAr says “Having nothing in me, if I desirously call him out to see him, is there any means for me to see him?”.

onRu idagilEn onRu attagillEn – I will not give a handful of food or a glass of water for some one who is hungry or thirsty, respectively;

(since I am devoid of karma yOgam in the absence of dhAnam (charity), I am, as part of gyAna yOgam)
aimpulan – the five senses
vellagillEn – unable to control them (from straying away into worldly pleasures);
kadavanAgi – (based on these, to be engaged in bhakthi yOgam) being an obedient person [devotee]
kAlam thORum – at appropriate times (suitable for worship)
pUppaRiththu – gathering flowers
EththagillEn – not worshipping and praising [emperumAn];

(even while being empty-handed like these)
madam – being desirous (of the goal)
val – very firm attachment which cannot be shaken by any one
nenjam – heart
kAdhal kUra – with overflowing affection
val vinaiyEn – I who am having strong sins (which stop me from having enjoyment which matches such desire)
ayarppAy – being ignorant
chakkaram – having enjoyable divine chakra
aNNalai – lord
thadavuginREn – searched (to see him);
enguk kANban – where will I see him?

I will not give a handful of food or a glass of water for some one who is hungry or thirsty, respectively; I am unable to control my five senses; I am not being an obedient person who gathers flowers at appropriate times for worshipping and praising emperumAn; [Still]  having a heart with desire, very firm attachment which cannot be shaken by any one and with overflowing affection, I who am having strong sins, being ignorant, searched to see the lord who is having enjoyable divine chakra; where will I see him?

What was the nature of my sins?