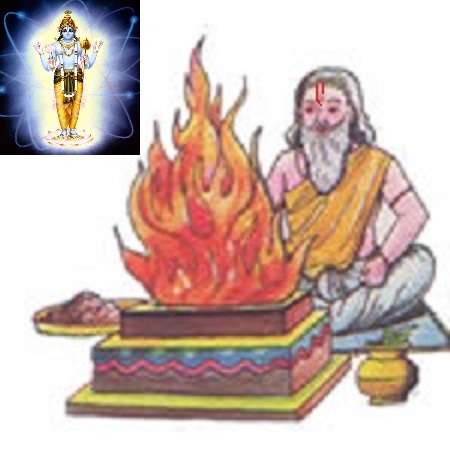 In the third pAsuram, AzhwAr becomes pleased saying “emperumAn who is beyond the knowledge of vEdhams and rishis, revealed himself completely to me”.

SAsthrams such as brahmasUthram, ithihAsam, purANam etc help in knowing the nature of entities which are difficult to be known through vEdhams alone, even though vEdhams are expected to be knowledgeable as mentioned in the saying vEdhAhamEdham. bhagavAn is an entity who is difficult to be known even through these SAsthrams (brahmasUthram etc). vaidhika purushas (followers of vEdhams), as mentioned in the saying aham vEdhmi mahAthmAnam, who knew sarvESvara, the annihilator of all sins, knew only that he is the great medicine to sever the great disease of samsAra. But, unlike them, we have learnt his quality of being enjoyable as well as other qualities such as Seelam etc as manifested by him. This has to be read along with the word aRindhanam, mentioned in the pAsuram.