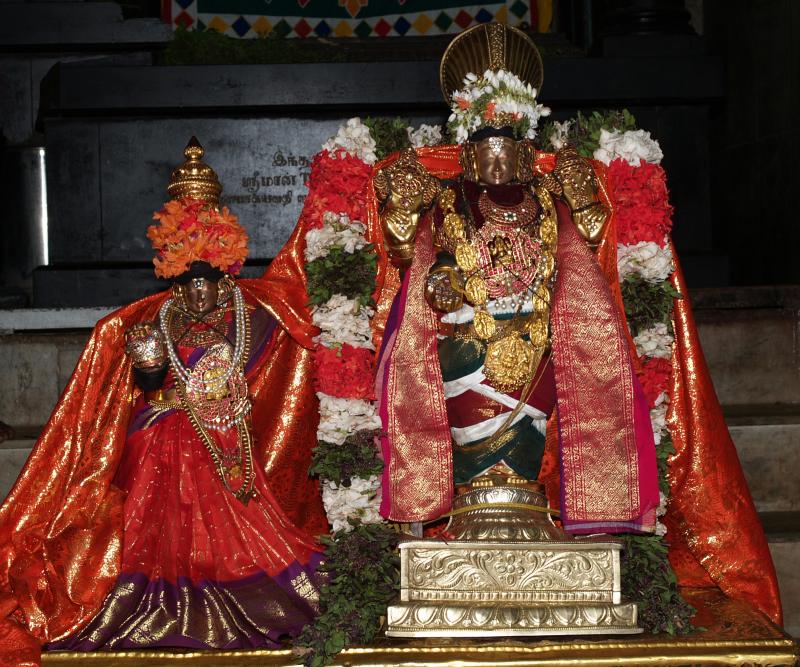 In the second pAsuram, AzhwAr says “emperumAn who is having expansive and contrary wealth, and is being very great not to be seen by anyone due to his mighty shoulders, yet accepted my service; such emperumAn’s abode thiruviNNagar is better than all of his other divine abodes”.

emperumAn being the joy and sorrow which are seen in this world, the mental worries which arise from such sorrows and the serenities which arise from joy, the anger and clarity, the fire and shadow,  and who is difficult to be seen similar to other species; such sarvESvaran who accepted me as servitor is residing in the divine abode of thiruviNNagar, a beautiful town which is surrounded by pristine water having rising tides.