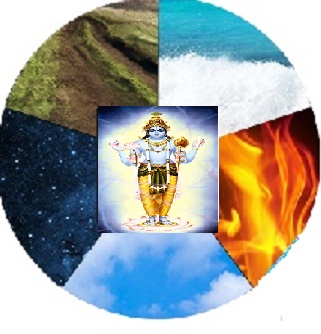 In the th pAsuram, parAnguSa nAyaki‘s mother says “My daughter is saying that the unlimited pancha bhUthams (five elements) starting with earth are all at her disposal”.

Subsequently, parAnguSa nAyaki‘s mother says “My daughter is saying that the pancha bhUthams (five elements) which are the main cause for the universe which is known through pramANams (authentic scriptures), are all at her disposal”.