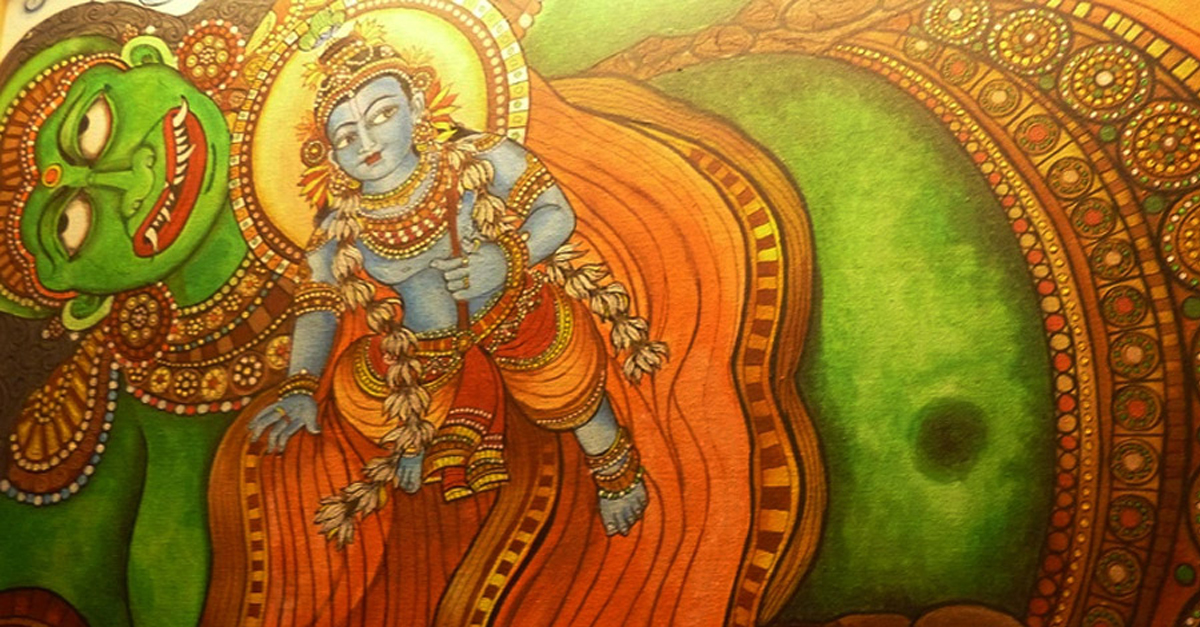 In third pAsuram, parAnkuSa nAyaki says “I don’t need my modesty which is not desired by the greatly distinguished emperumAn who showed great affection towards me previously”.

Subsequently, parAnkuSa nAyaki desiring to explain anishta nivruththi (removal of unfavourable aspects) etc which make emperumAn the upAyam (means), in the subsequent pAsurams fully, first starts explaining the killing of pUthanA who appeared as an anUkUla Sathru (enemy in disguise), and says “There is no use of my modesty when it is not desired by krishNa who descended from the serpent bed”.

Third pAsuram. parAnkuSa nAyaki says “I don’t need my modesty which is not desired by emperumAn who is capable of destroying the enemies, who is greatly distinguished and who was greatly affectionate towards me previously”.

madam nenjAl – having an affectionate heart (towards the nursing baby)
kuRaivillA – without any shortcoming
thAy magaL – mother (yaSOdhA)
seydhu – arriving in the form
oru – distinguished to defeat (the opponent)
pEychchi – the lady devil’s
vidam nanjam mulai – the breast which is covered with strong poison (where the poison of this world appears like nectar, when compared to her poison)
suvaiththa – completely sucked out
migu gyAnam – knowledgeable about different tastes
siRu kuzhavi – being an innocent toddler

(to kill the enemy who appeared in this way)
padam nAgaththu aNai – on the serpent bed (where the serpent’s hoods are expanded due to coming in contact with emperumAn)
kidandha – one who rests
paru varai thOL – one who is having mountain like huge shoulders
param purudan – (as said in “uththama:purusha:“) being the supreme lord
nedu mAyan – krishNa who is having infinitely amazing qualities and activities
kavarAdha – not desired by
niRaivinAl – completeness in my feminine nature
kuRaivu ilam – what use is there?

pUthanA (the lady devil) arrived in the form of mother yaSOdhA who has no shortcoming in her affectionate heart; kaNNan emperumAn, being an innocent toddler, knowledgeable about different tastes, completely sucked [her vital air] from her breast which is covered with strong poison; what is the use of my completeness in my feminine nature when it is not desired by such emperumAn who rests on the serpent bed, who is having mountain like huge shoulders, who is the supreme lord and who is having infinitely amazing qualities and activities?