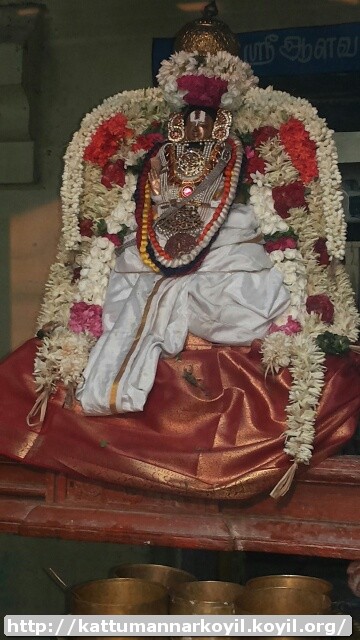 My salutations to SrIman nAthamunigaL whose divine feet are always my refuge in this world and the other world as well, who is the pinnacle of greatness of true knowledge and devotion at the divine lotus feet of emperumAn, who killed madhu, and one who is [my] lord.