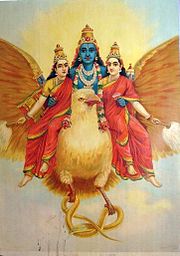 In the fifth pAsuram, AzhwAr says “When will I see thirunAvAy to eliminate the craving of my eyes and be satisfied?”

When will my eyes see emperumAn who is the enjoyer of lakshmi who is seated on lotus flower and SrI bhUmip pirAtti, who is the controller of all creatures, dhEvas et al in the [material] world, who accepts the service of the residents of paramapadham which is known as parama vyOma and who is residing desirously in thirunAvAy, to become complete and to become perfectly blissful here?