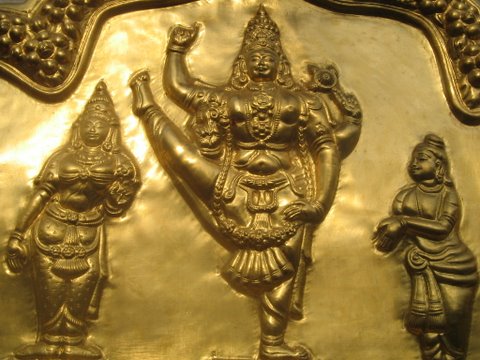 AzhwAr says that even though emperumAn is one who cannot be seen or thought of by anyone, now he has entered my heart first and is dwelling there.

iniyavan kaLLaththAl maNkoNdu – coming to earth in the form of vAmana (dwarf), hiding his original form so that none will know that he is the supreme being, and seizing the earth. One who obtained the worlds which are his possessions, from mahAbali, with a sweet form and measured them….

ini uLLaththin uLLe uLan – he has now taken residence in my heart. This body will remain until the ordained life span for the birth taken already remains. After that, let him (emperumAn) do whatever he wants. Can whatever I have got now (his staying inside my heart) be negated? Even though he came on his own, that he cannot be estimated has become established.

Let us take up the 84th pAsuram next.