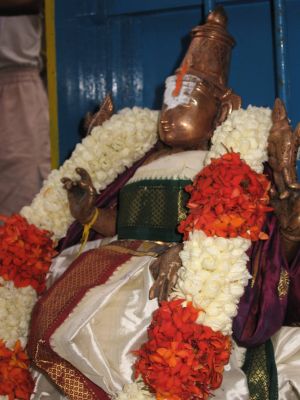 One (vishvaksEna) who eats the food remnants of what you (emperumAn) ate, who is placed your burden/responsibility (of managing nithya vibhUthi (spiritual realm) and leelA vibhUthi (material realm)) by you, who is dear to all and you who approves off those actions in the same manner by your merciful glances, whichever actions requested in any manner by such vishvaksEna.