After thinking about the favor of emperumAnAr towards him (amudhanAr), and due to that, looking at his divine face he asks him – who in this world would know the auspicious nature of yours?

Oh emperumAnAr who, like the cloud, is having such kindness to favor in all aspects!  In this world of four seas, who would know your nature of being loving and kind? After your highness has come and accepted me who is like a container of all sorrows, your auspicious qualities are the breath for my breath, and so are enjoyable to me – so he (amudhanAr) says, directly looking at the divine face of emperumAnAr.

kAr Ey – like the cloud that pours without reservation on sea and land, you who helps in all aspect, (Ey -> like / similar to)
karuNai – having kindness
irAmAnusa – Oh udaiyavar!
nErE uRaividam nAn – I being the holding place
allalukku – for sorrows,
nee vandhu – you came by yourself,
uRRa pin – and got
ennai – me who is such a person (of sorrows), (like how a master would get his property); after that,
un seerE – only your auspicious qualities
uyirkku uyirAi – are the life support for my AthmA (this is 25th pAsuram, and AthmA is also 25th thathvam)
inRu thiththikkum – and they are enjoyable
adiyERku  – for adiyEn;
Ar aribavar – who would know
ikkadal idaththil – in this world that is surrounded by the seas,
aruLin thanmai – the nature of loving kindness
nin –  of your highness?

kArEy karuNai – Like the pregnant cloud that pours everywhere in the sea and land; “with his kindness he is the shelter for everyone in the world” (here the commentator uses the phrase used to describe rAmAr, and applies that to rAmAnujar);

ikkadal idaththil  – in this world surrounded by four seas, the world which gives us darkness (ignorance);

nin aruLin  – aruL – is about not bearing to see others suffering, and corrects us by his grace without any desire to get something in return; he having such a loving grace;

nin aruLin – it is your loving grace, which is special like the valuable gold gaining fragrance in addition;

thanmai  – having such a nature of loving grace;

ArE aribavar  – who knows this well about you (in this world)?  Those in nithya vibhUthi  (SrI vaikuNtam) who know everything like said in ‘sadhApaSyanthi’, and, ‘viprAsa:’, and, ‘jAgruvAmsa:’, have known (about the nature of your loving grace), by hearing about it only (not fully felt/understood it). As said in ‘yAnisA sarva bhUthAnAm thasyAm jAgarthisamyami’, those in this world that creates darkness (ignorance), have not known (about such great nature of yours).

nErE uRaividam nAn – I am obviously the holder (of such sorrows); if the sorrows are that of my bodily relatives, then their sorrows would be mine too but that would be a little bit light and bearable; unlike that since those sorrows came to me directly, I was the firm holder of those sorrows;

vandhu nee – (nee vandhu)  – since you cannot bear the sufferings of others, like how upon hearing the grieved calling of gajEndhrAzhvAn,  sarvESvaran had come running without any preparation or decorum;  you came here from paramapadham;

ennai – me with whom sorrows have taken shelter;

uyirkku uyirAy –  yours are the life support of my AthmA; in this material world one’s breath would be the support for their being;  here, unlike that, it is emperumAnAr’s auspicious quality that is the breath for his breath; such is his quality;

adiyERku – for me who is your servant;

inRu –  (today/from now on)  – what is said in ‘rasamhyEvAyam labhdhvAnandhee  bhavathi’, ‘sOSnuthE sarvAn kAmAn saha’, the nectar that is the experience of enjoying the auspicious qualities of brahmam, and as prayed in ‘adiyAr kuzhAngaLai – udan kUduvadhu enRu kolO [thiruvAimozhi 2.3.10]’ (when will I be together in the assembly of nithysUris in paramapadham) for enjoyment with other devotees, are all attained only in paramapadham; unlike that, I got this in this state here itself;

thiththikkumE – it is enjoyable and joyful for me; like having together the honey, milk, porridge, and nectar, enjoying emperumAnAr’s divine qualities is very sweet for me;  like was said in ‘aNNikkum amudhUrum en nAvukkE [kaNNinuN chiruththAmbu – 1]’ (reciting his (nammAzhvAr‘s) name springs sweet nectar in my tongue). 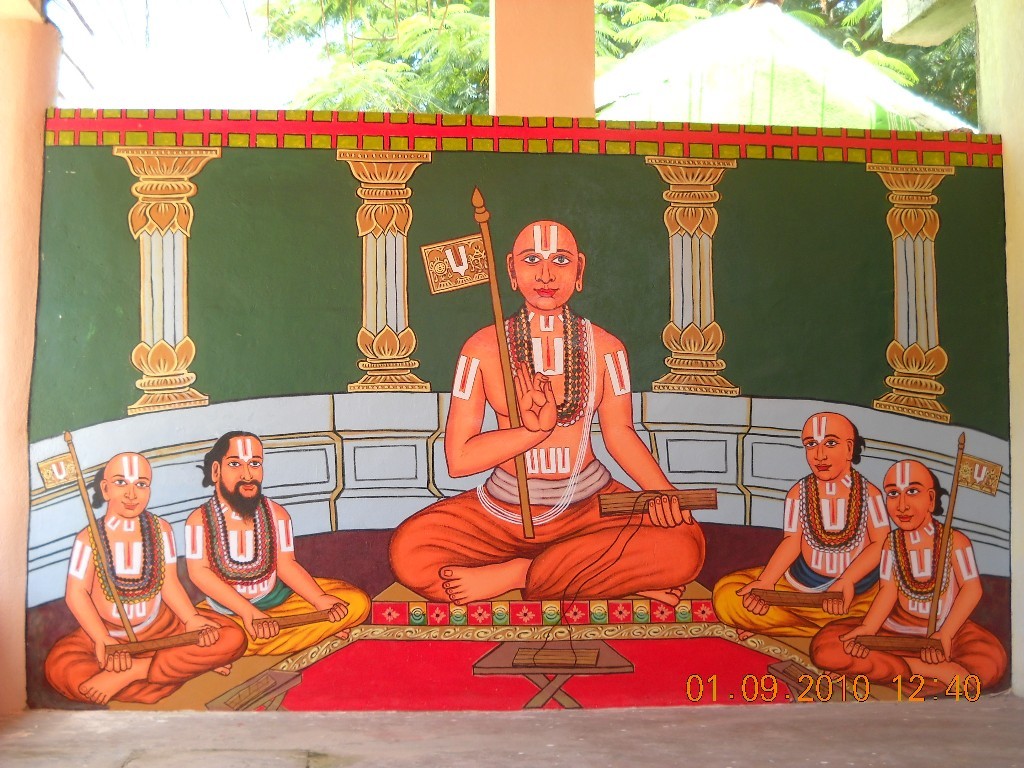 un seer – not about the greatness of emperumAn. uyirkku uyirAy – life for AthmA; dhArakam -> life saver;  from this it shows that his greatness is our life saving And nourishment;  by saying ‘thithikkumE’ his greatness is also something which is enjoyable (dhArakam, bhOshakam, bhOgyam). Whereas nammAzhvAr said ‘uNNum sORu parugum neer thinnum veRRilai ellAm kaNNan [thiruvAimozhi – 6.7.1]’ (life saving, nourishment, and enjoyment are all kaNNan for me), amudhanAr says – those are all emperumAnAr for me.

adiyERku – for me who has understood my natural subservience to you.  ‘seerE uyirkku uyirAy adiyERku’ implies that I lost to your auspicious qualities like saulabhyam, etc. and became subservient to you.

inRu – not at some time away in the future {at the end of this birth or some other later births), or in some distant place {SrI vaikuNtam}, but now, here, with this body itself, I got the destiny of experiencing the auspicious qualities of the AchAryan – saying so amudhanAr is relishing it. 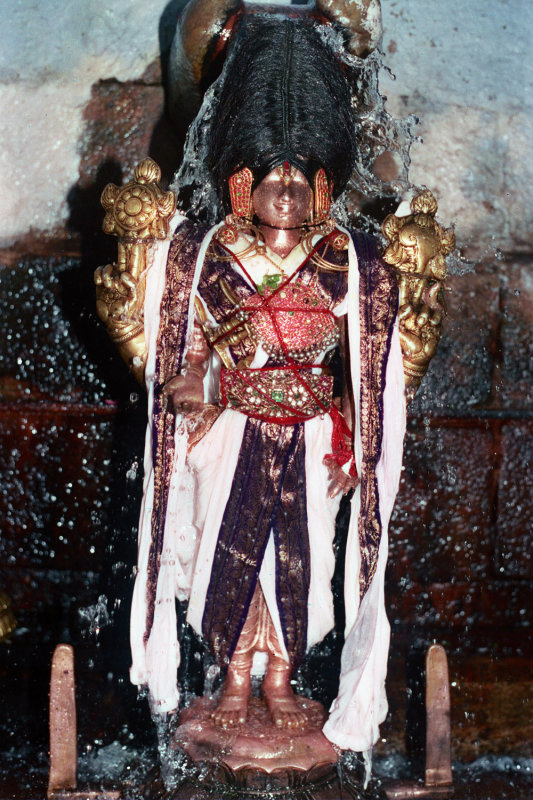