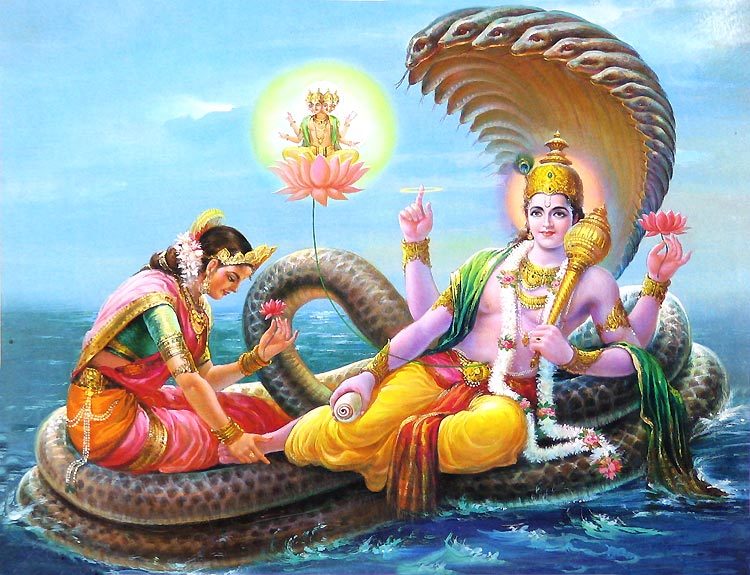 In the sixth pAsuram – AzhwAr says bhagavAn alone is the ISwara (controller) since he protects all chith (sentient) and achith (insentient) by keeping them in his stomach (during praLayam – dissolution).

Subsequently, AzhwAr says emperumAn is resting in kshIrArNavam (milk-ocean) to protect his devotees.

Sixth pAsuram – since he is the one who helps during difficulties, AzhwAr says that he is the Iswara (controller).

Our lord and master, who effortlessly consumes all objects – chEthanas and achEthanas, and keeps them inside (his stomach) and stays having vast and abundant knowledge as his glow, who is enjoyable for us, is resting in the spectacular milk ocean.  sudar mUrthi can also be explained as vigraham (divine form).