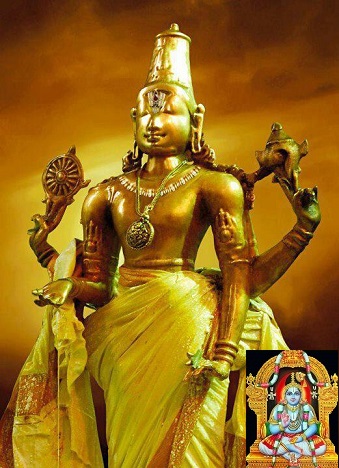 In the end, AzhwAr says “nithyasUris are the ones who can enjoy this decad”.

nammAzhwAr, the controller of beautiful AzhwArthirunagari, composed thousand pAsurams in the form of a garland of song on the lord in thiruvAttARu who eliminated my entry in to this unbearable, hellish samsAram by showing his divine feet; nithyasUris, hearing this decad among those thousand pAsurams, which is having honest words which are like nectar to the ears, will never become satiated.

When asked “What is the reason for their ever unsatiated state? Is it due to experiencing his qualities such as simplicity?” AzhwAr says “No, it is because of being won over by these pAsurams”.

When asked “What is the reason for that?” AzhwAr says,

Tenth pAsuram. AzhwAr says “Great personalities when approached, will grant based on their standards instead of that of those who are requesting; this principle is manifested by the nAyanAr (lord) in thiruvAttARu towards me”.

piriyAdhu – without separating forever
Atchey – perform kainkaryam
enRu – saying
piRappu – connection with birth, which is a hurdle for that (such kainkaryam)
aRuththu – eliminate
aRa – fully
AtkoNdAn – accepting my kainkaryam
anRu – long ago (when prahlAdha was tormented by his own father)
ariyAgi – incarnated as narasimha
iraNiyanai – hiraNya’s
Agam – body
kINdAn – one who tore
vari – stripes
vAL – having radiance
vAy – having many faces
aravu aNai mEl – on the divine serpent mattress
vAttARRAn – one who mercifully rests in thiruvAttARu
periyArkku – for great personalities
AtpattakkAl – when became servant
peRAdha – difficult to attain
payan – results
peRum ARu – the means to get
kAttinAn – showed.

emperumAn who incarnated as narasimha and tore hiraNya’s body long ago, who is mercifully resting in thiruvAttARu on the divine serpent mattress which is having stripes and many radiant faces, said “Perform kainkaryam forever without separating”, fully eliminated my connection with birth, which is a hurdle for such kainkaryam and accepted my kainkaryam. He also showed the means to get results which are difficult to attain and which are attained when one becomes servant of great personalities.

Ninth pAsuram. AzhwAr says “emperumAn who is very complete, is not leaving my heart ever, and is not despising me”.

(with the strength of this vAhana (vehicle))
pOr – strong in warfare
arakkar – rAkshasas’ (demons’)
kulam – group
keduththAn – one who destroyed
en nenjaththu – in my lowly heart
igazhvinRi – without any detachment
eppozhudhum – always
piriyAn – never separates.

thiruvAttARu is the rejuvenating, eternal abode of the shining Sriya:pathi who is with lakshmi who is naturally young forever, in his naturally shining divine chest; emperumAn who rides periya thiruvadi who is the abode for the fame of servitude, destroyed the group of rAkshasas who are strong in warfare; such emperumAn never separates from my lowly heart and remains there without any detachment. 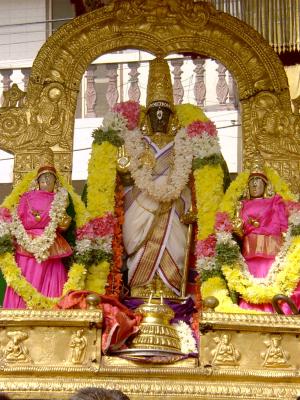 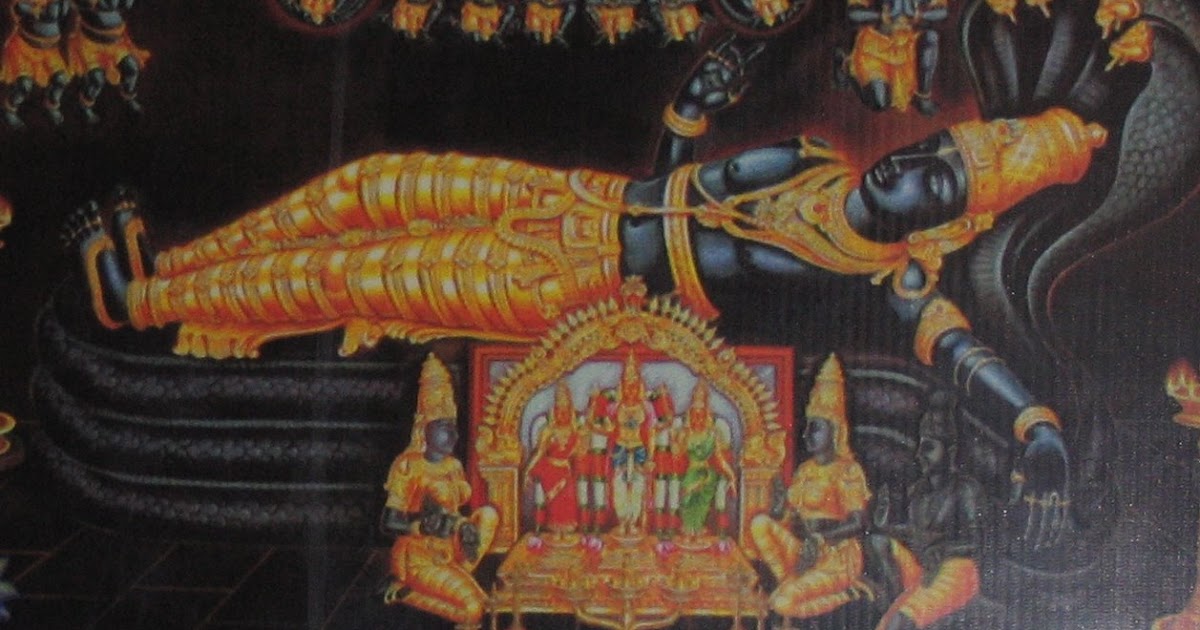 Eighth pAsuram, AzhwAr says “The most distinguished emperumAn arrived in thiruvAttARu as a very easily approachable person, and arrived and entered in my heart and shone; what virtuous deed did I do, to get this?”.

mey ninRu – remaining fully on the divine form
kamazh thuLavam – thiruththuzhAy which is spreading the fragrance, its
virai – pleasing smell
ERu – rising
thirumudiyan – having crown
karudhum idam – going where his divine heart desires
porudhu – attack
kai ninRa – (returning as said in “rAma pArSvam jagAma“) and staying on the divine hand
chakkaraththan – being the one with the divine chakra
punal – like ocean water
ninRa – firm
mai – having blackish complexion
varai pOlum – like mountain
thiru uruva – being with beautiful divine form
vAttARRARku – one who is easily approachable in thiruvAttARu

(Like periya udaiyAr (jatAyu) who served SrI rAma by giving up his own life as said in “rAvaNEnOpayam hrutham” and thiruvadi (hanumAn) who said in “dhrustA sIthA“)
en nanRi – what virtuous deed
seydhEnO – as I did to him
en nenjil thigazhvadhu – entering in my heart and shining there?

thiruththuzhAy which is spreading the fragrance by remaining fully on his divine form, is rising up to his crown; he is having the divine chakra which goes where his divine heart desires, attacks the target and returns to stay on his divine hand; he is having a beautiful divine form which resembles a mountain having firm blackish complexion like dark ocean water; what virtuous deed did I do to the easily approachable emperumAn at thiruvAttARu, for him to enter and shine in my heart?