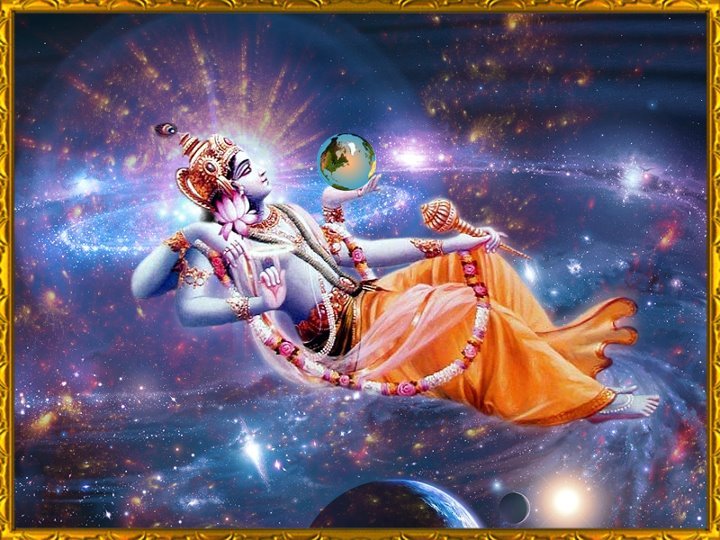 In the fifth pAsuram, when asked “Are we not talking about emperumAn‘s qualities such as beauty etc? Shall we not consider that she is also speaking in this manner?” parAnguSa nAyaki‘s friend says “For those who have seen her form, it is understandable that she became immersed in his qualities such as opulence and united with him”.

punai – (previously) worn
izhaigaL – ornaments
aNivum – having worn (now with added beauty)
Adai udaiyum – the beauty of her clothes
pudhukkaNippum – freshness (acquired in her form)
ninRu – staying (as long as we exist)
ninaikkap pukkAl – even if we try to enjoy
ivatku – for her
idhu – this greatness
ninaiyum – to think (as per worldly order)
nIrmai adhu anRu – not of the nature;

Even if we stay and try to enjoy her greatness in the way she is wearing the previously worn ornaments [with added beauty now], the beauty of her clothes and her freshness, it is beyond our thoughts; she is immersed in the divine, unlimited favour of the primary leader of the invigorating thiruppuliyUr, which has huge blossomed lotus flowers in ponds, and who is the lord of the universe and the benefactor.

When asked “What did you comprehend from all of these?” parAnguSa nAyaki‘s friend says

Fourth pAsuram. When asked “Is it sufficient to have masculinity? Does he have the quality of helping in desperate times?” parAnguSa nAyaki‘s friend says “Does he have any shortcoming in that aspect?” [No] She is talking about “punal tharu puNarchchi” (a woman falling in love with a man who saved her from drowning in water).

emperumAn, who is enjoyable by nithyasUris, who consumed and spat out the three worlds, remains in kuttanAttuth thiruppuliyUr which has cool water bodies with increasing beauty of the plough, which is surrounded by tall garden which reveals the wealth of the town, sugarcane and tall, great paddy crops, to let others see his qualities. parAnguSa nAyaki who is wearing ornaments of abundance of divine names of such emperumAn, is now not speaking without enthusiasm [i.e., speaking with enthusiasm]. “Er vaLam kiLar” indicates “revealing the beautifully abundant [water bodies]” as well; “Ur vaLam kiLar sOlai” indicates “the garden which reveals the town’s wealth” as well.