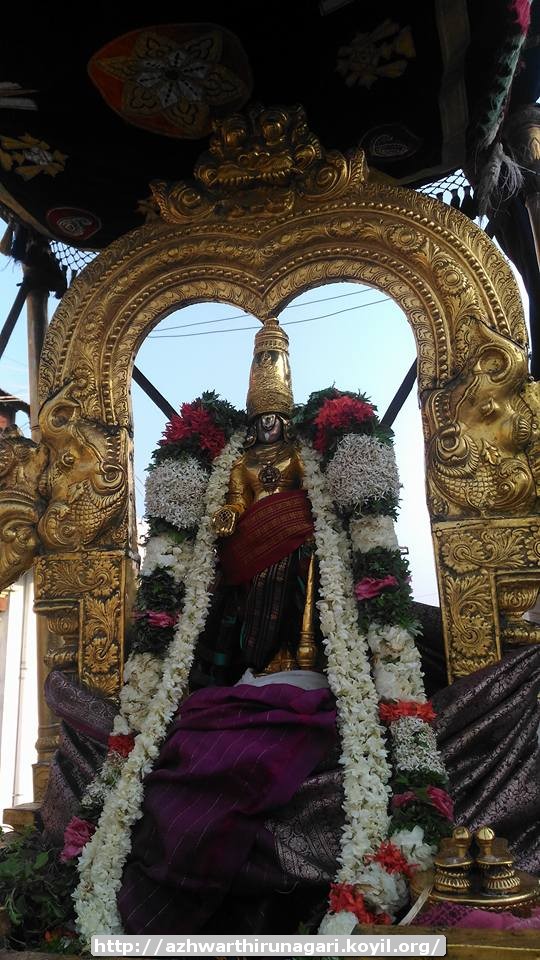 In fifth pAsuram, AzhwAr says “All of you who are faithful to linga purANam, and your dhEvathAs are pervaded by nArAyaNa; this being the case, all of you surrender unto him”.

Subsequently, rejecting bAhya (those who reject vEdham) and kudhrushtis (those who misinterpret vEdham0, AzhwAr says “emperumAn who resides in thirunagari is superior to all”.

(do not doubt if the quality of supremacy will shine in archAvathAram, as said in “thAmarchayEth” etc, in this principle)
onRum – any
poy illai – no falsity
pORRumin – (thus, giving up your bAhya and kudhrushti aspects) and praise him

Oh you who are kudhrushtis due to being faithful to thAmasa (mode of ignorance) purANams! Oh jainas! Oh baudhdhas! Oh you vaiSEshikas, who are debating through dry arguments! emperumAn is promoting those different dhEvathAs, you have considered as goal, to be at his (emperumAn‘s) disposal and standing in thirunagari where fresh paddy is available abundantly and the crops are appearing to be swaying like a chAmara (a fan made with fur) with completeness, is sarvESvaran himself; there is no falsity in this principle and thus you all praise him.