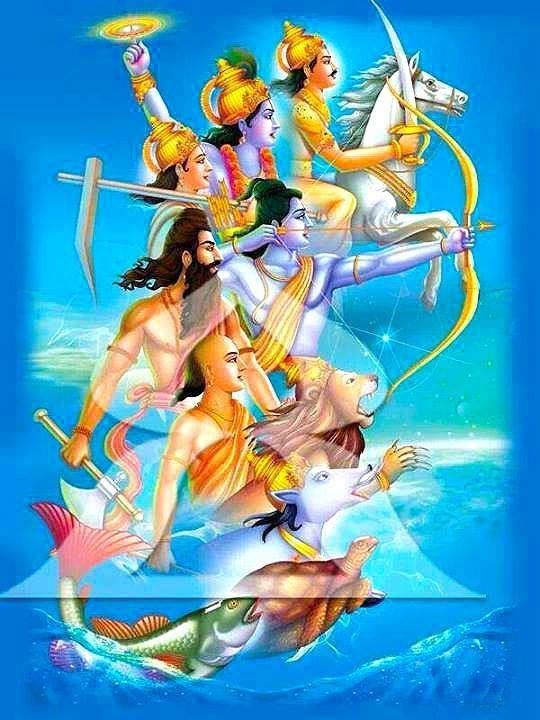 In the previous pAsuram, AzhwAr mentioned that whether emperumAn protects or not, only he is to be attained since he is naturally related to us. In this pAsuram he proves through both anvayam and vyathirEkam (connection and difference or affirmative and negative aspects) that emperumAn is the protector and he says that there is no question of emperumAn not protecting us.

thanith thOnRal thAnE – he is the only one who has incomparable incarnations
than aLappukku – to compare with him
onRum illAdhAn thAnE – he is the only one who does not have any entity
piRargatkum thaRRONRal thAnE – he is the most famous antharyAmi (indwelling soul) for all the others
thAnE iLaikkil – if such an emperumAn drops down (from protecting)
pAr kIzh mElAm – the earth will become topsy turvy and lose its balance
mINdu amaippAnAnAl – if he starts protecting once again
aLakkiRpAr – one who can estimate (the extensiveness that he has in protecting)
pAril mEl Ar – who is there, on the earth?

thAnE thaniththOnRal – he is the only one who incarnates, without any comparison. Unlike jIvAthmAs who are born out of their karma (past deeds), emperumAn takes incarnations on his own volition, in order to uplift the jIvAthmAs. Hence AzhwAr refers to him as thaniththOnRal. The implied meaning is that this term, on its own, establishes the fact that he is the protector.

To a question whether there is anyone else who does like this, AzhwAr responds  . . .

thannaLapponRillAdhAn – he is one who does not have any other entity (who or) which can be considered as comparison.  Hence the opinion is that there is no one else who can protect.

thAnE piRargatkum thaRROnRal – Just as it is mentioned in bruhadhAraNyaka upanishath 5-7 “Esha tha AthmA antharyAmyamrutha:” (only this paramapurusha (supreme entity) who is the sarvAntharyAmi (indwelling soul of all) has amruthathvam (does not have death) and remains as your indwelling soul), he remains as the indwelling soul for all, other than himself, and is the reason for their existence, behaviour and activities. It is implied through this that when all the others are under his control, there can be no place for doubting whether he is the protector for all.

thAnE iLaikkil pAr kIzh mElAm – If he momentarily steps back from protecting others, the earth will turn turtle. Since earth has not become topsy turvy, the implied meaning is that he protects at all times. Through vyathirEkam (negation) AzhwAr establishes, thus far, that emperumAn is the protector.

Now, through anvayam (connection or assertion) he establishes the same fact.

mINdu amaippAnAnAl – when all the sentient entities become identical to insentient entities, during the time of deluge, and merge with him, if emperumAn decides in his divine mind that he should protect them and creates them (again)

aLakkiRpAr pArin mEl Ar – who can estimate his qualities of being the indwelling soul of all entities, looking after their existence, providing them with SAsthras (sacred texts), incarnating etc and protecting them?

We will move on to the 25th pAsuram, next.