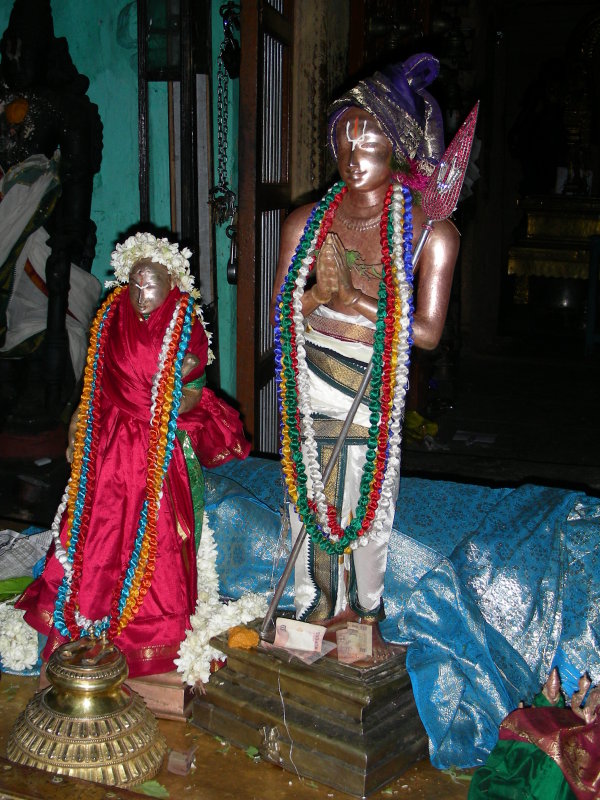 Long live the one who is death personified for enemies; long live the one who removes the defects which arise due to kali; long live the king who is eternally residing in thirukkuRaiyalUr; long live the radiant, large spear of AzhwAr who is having purity and is the leader for the residents of thirumangai, who got instructed with thirumanthram by showing the strength of his sword to sarvESvaran who has amazing qualities and activities.

In this thaniyan, various divine names of AzhwAr who mercifully composed six prabandhams which are like divine fort for emperumAn, are recited and such are glorified. As said in “prathyakshE guravas sthuthyA:” (The spiritual teacher should be praised in his presence). AzhwArs are always present in the form of archAvathAram (deity forms) to be seen by everyone.