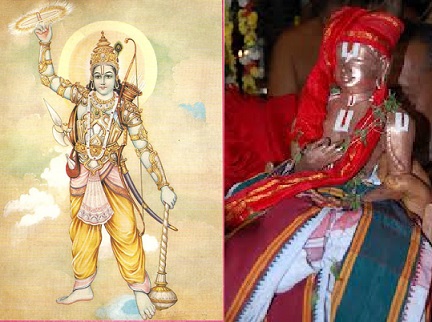 AzhwAr mercifully highlighted the nature of virOdhi (hurdles) and how they are eliminated in seventh and eighth decads respectively; subsequently, setting out to mercifully explain how the attainment of the apt result happens in the next two centums, AzhwAr explains the nature of the result in this centum and the following aspects of ISvara are highlighted by him:

With these aspects, AzhwAr mercifully explains emperumAn being the goal. The prApya svarUpam (nature of bhagavAn who is attained) which was explained in the first two centums, being the goal is explained further here.