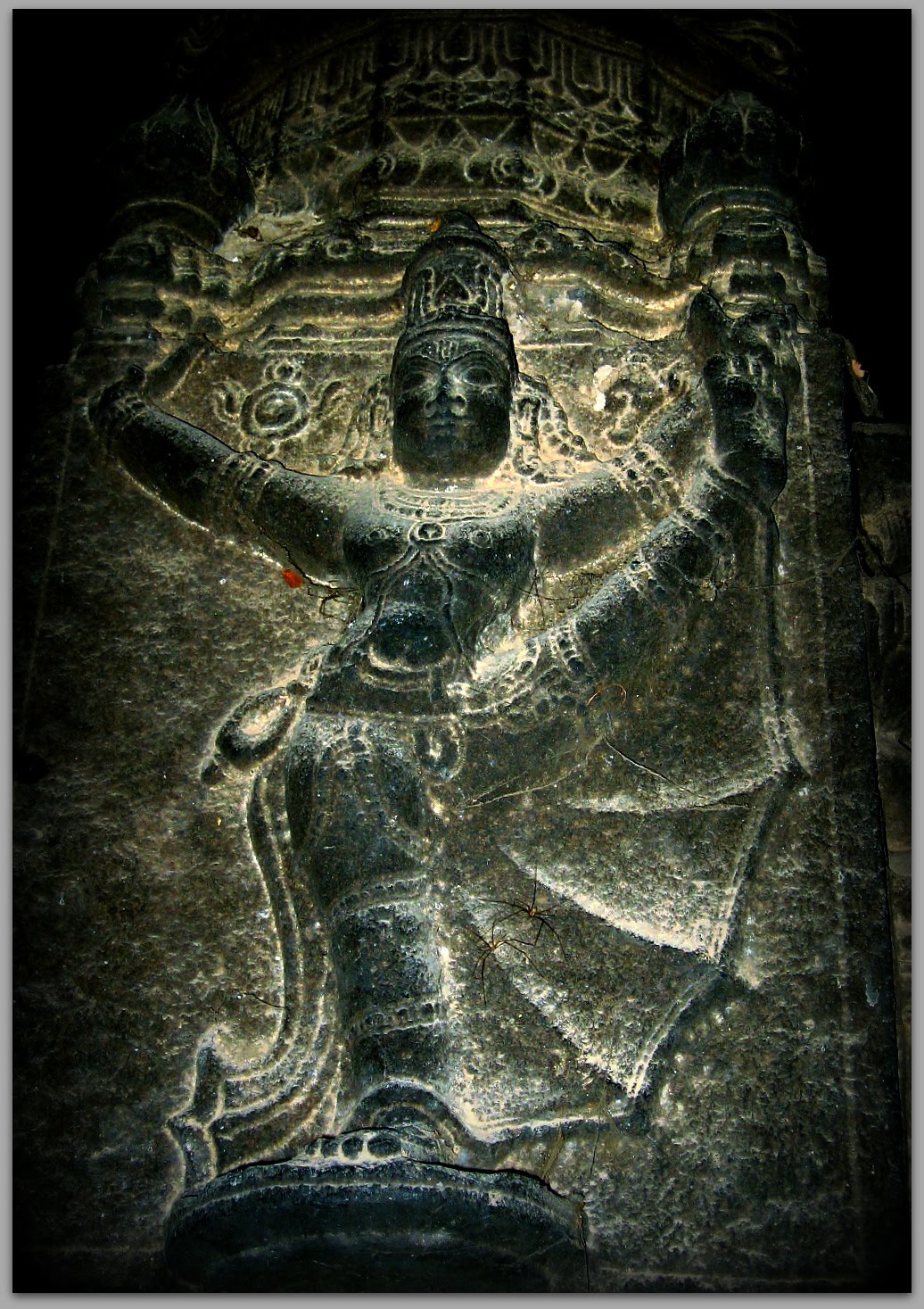 AzhwAr was asked “You said that this is the substance of vEdhas. How did you find it?” AzhwAr responds saying “I am the one who did not know this till today. Knowledgeable persons knew this all along”.

thAn oruvanAgi – being the lord of all, emperumAn reaches a unique state. For a great person, unique state is to be at the outermost limit of qualities such as sauSeelyam (simple), saulabhyam (easy to approach) and vAthsalyam (having motherly love). That is the state of vAmana (incarnation of vAmana). nammAzhwAr too said in thiruvAimozhi 1-10-1 “oru mANikkuRaLAgi” (being a unique dwarf)

oruvanAgi – it appears that oruvan and vAmana are synonyms. A great entity stood in a lowly manner. One who grants everyone’s wish, stood like a mendicant, asking for alms. Without expecting anything, he stroked everyone with his divine foot. Isn’t this the limit for sauSeelyam, saulabhyam, vAthsalyam etc! Isn’t this entity termed as oruvan! Due to the interest in this meaning and due to the fact that En oruvanAgi has been separately dealt with, this term thAnoruvanAgi can be better combined with the last line irunilaththaich chenRAngu adippaduththa sEy to get a complete meaning.

Angu senRu – while emperumAn could have completed the task through his sankalpam (divine vow), he went to the place where mahAbali was, by transforming himself, because mahAbali had the quality of magnanimity.

iru nilaththai adippaduththa sEy – measuring the expansive earth in such a way that it came under his foot. Just as it is said “Eka: prAseesarathpAdhamEka: prAchikshaLanmudhA I aparOpyadharan mUrdhnA kO’dhikas thEshu gaNyathAm II” (one stretched his leg; one washed it joyfully; one bore that water on his head. Ponder on who among these three is the greatest), he is the child of whom it could be said that he is without any equal.

dharaNi idandheduththu – digging out the earth with his tusk when earth was sticking to the walls of the universe at the time of deluge.

En oruvanAy eyiRRil thAngiyadhum – with a unique form of boar; despite being a great entity, since he incarnated as a boar without any pride, his qualities of sauSeelyam, saulabhyam, vAthsalyam were manifested splendrously. AzhwAr calls him as En oruvanAy (unique boar). It could also be construed that AzhwAr is calling him as En oruvanAy since he is a huge boar both in terms of form and beauty.

eyiRRil thAngiyadhum – he bore earth in one corner of his tusk.

yAn oruvan inRA aRigillEn allEn – I who am without equal in my ignorance, did not know this till now. inRA – until today. But did this matter come to light only after I knew it now? The opinion is that many have known this already.

yAn oruvan inRA aRiginRen – Did I come to know of this matter only today?

allEn – No; for a long time, many have known it.

We will take up the 71st pAsuram next.