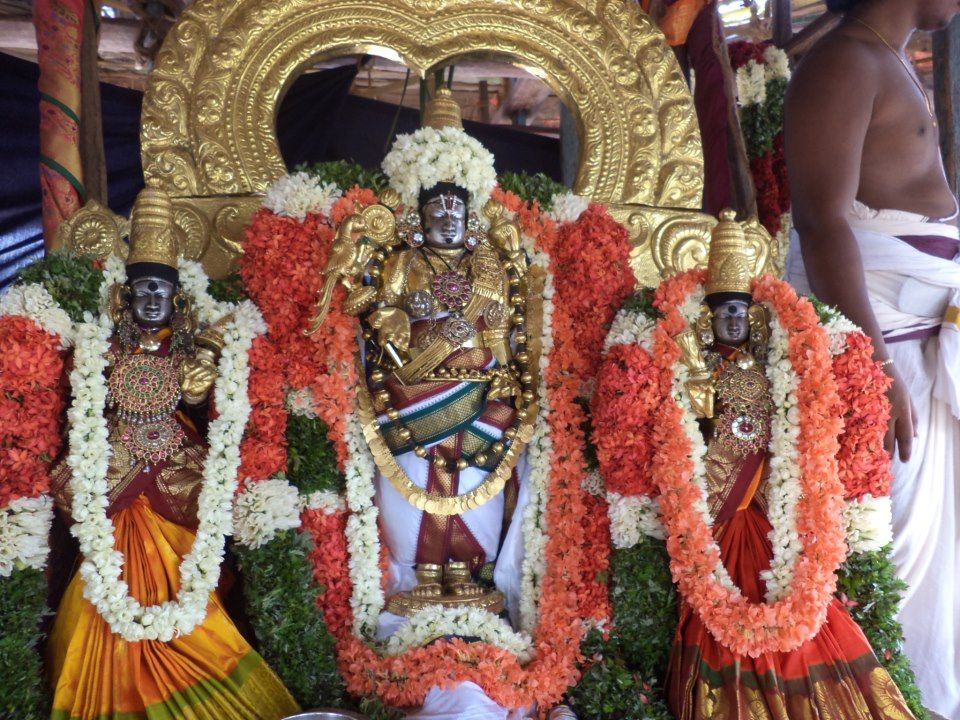 AzhwAr was asked “You had said that one should involve with the faultless qualities of emperumAn without any break. Are you involved like that?” to which he responds in this pAsuram saying “when he has taken residence in divine abodes for my sake, will I turn away from him?”

kuRippu enakku kOttiyUr mEyAnai Eththa – my opinion is that emperumAn who has taken residence at thirukkOttiyUr should be constantly praised.

kuRippu enakku nanmai payakka – is there any chEthana (sentient entity) who does  not want any benefit for himself? Since I desire to have benefit, I am continuously praising emperumAn.

nanmai payakka – the benefit for this chEthana is the greatness accrued out of being together with emperumAn. I am praising emperumAn for getting this benefit.

kuRippu enakku nanmai payakka – Has it not been stated mercifully “svOjjIvanEchchAyadhi thE svasaththAyAm spruhA yadhi I AthmadhAsyam harE: swAmyam svabhAvancha sadhA smara II” (if you are interested in uplifting yourself and if you have a desire to exist, keep meditating constantly on the fact that AthmA (soul) is a servitor and hari (emperumAn) is the master and keep thinking of their natures)?

veRuppanO vEngadaththu mEyAnai – will I ignore the one who has descended from SrIvaikuNtam and is standing at thiruvEngadam? Is there anyone who will kick aside the wealth that one is getting?

meyvinainOy eydhAmal thAn kadaththum thanmaiyAn thAL veRuppanO – will I hate the divine feet of that supreme being who protects us by removing the diseases which affect our (physical) forms and the deeds which are the causative factors for these diseases? Will I forget such divine feet even for a moment? The words should be arranged in this manner – mey nOy vinai eydhAmal (ensuring that the diseases of the body and the deeds responsible for these diseases do not approach…). Alternatively if it is taken as meyvinai  it would refer to the deeds (vices and virtues) which are the result for attaining a physical form. If the text is vevvinai it would mean cruel deeds. The word nOy would refer to the sufferings that one undergoes due to these deeds.

We will move on to the 35th pAsuram, next.