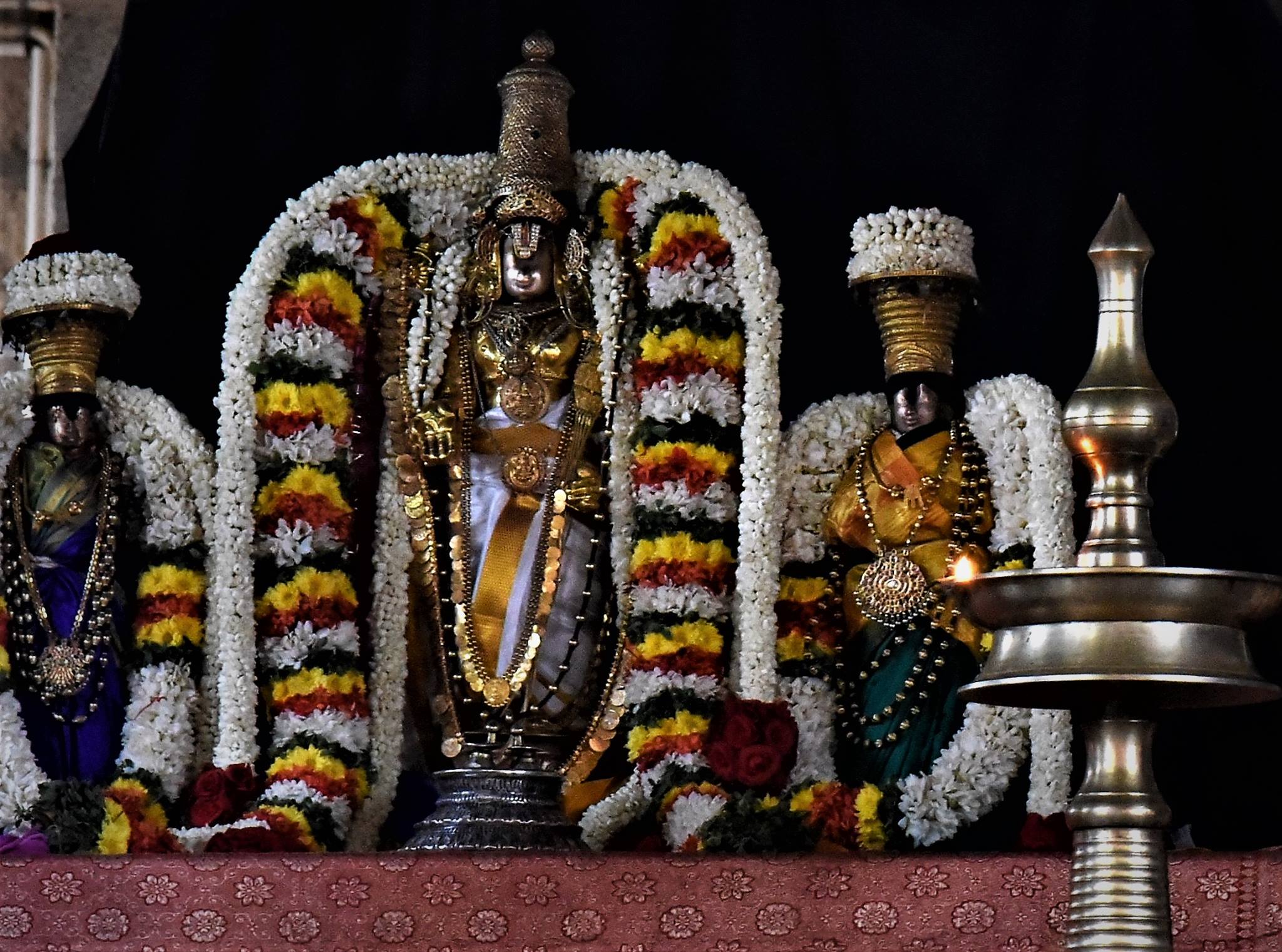 In the seventh pAsuram, parAnguSa nAyaki‘s friend says “His symbols and divine names became more glorious after having been highlighted by her”.

Subsequently, parAnguSa nAyaki‘s friend says “sarvESvaran, the great benefactor has acted on her in an amazing way that she is not hearing anything other than his divine symbols and divine names and they become more glorious on being spoken by her”.

annaimIr – Oh mothers who gave birth to her and raised her!
aNi – beautiful
mA – having dark complexion
mayil – very beautiful like peacock
siRu – young
mAn – like a deer
ivaL – your little girl
nammai – us
kaivalindhu – overruling
tholaivillimangalam – thiruththolaivillimangalam
enRu – as
allAl – other than
ena – any
vArththaiyum – word
kEtka – to hear
uRAL – does not;

(this is)
munnam – previously
nORRa – done
vidhikolO – fortune?
mugil – like a cloud which is magnanimous
vaNNan – done by one who is having the form
mAyangolO – amazing act?
avan – his
chinnamum – symbols (such as his ornaments)
thirunAmamum – divine names (which reveal his magnanimity)
thirundha – to become more glorious
ivaL vAyanagaL – being spoken by her

Oh mothers who gave birth to her and raised her! Your little girl who is having a beautiful dark complexion, is very beautiful like peacock and is like a young deer, is overruling us and is not hearing any word other than thiruththolaivillimangalam; is it due to her previous fortune? Or is it due to an amazing act done by one who is having a cloud like magnanimous form? His symbols and divine names are becoming more glorious on being spoken by her.