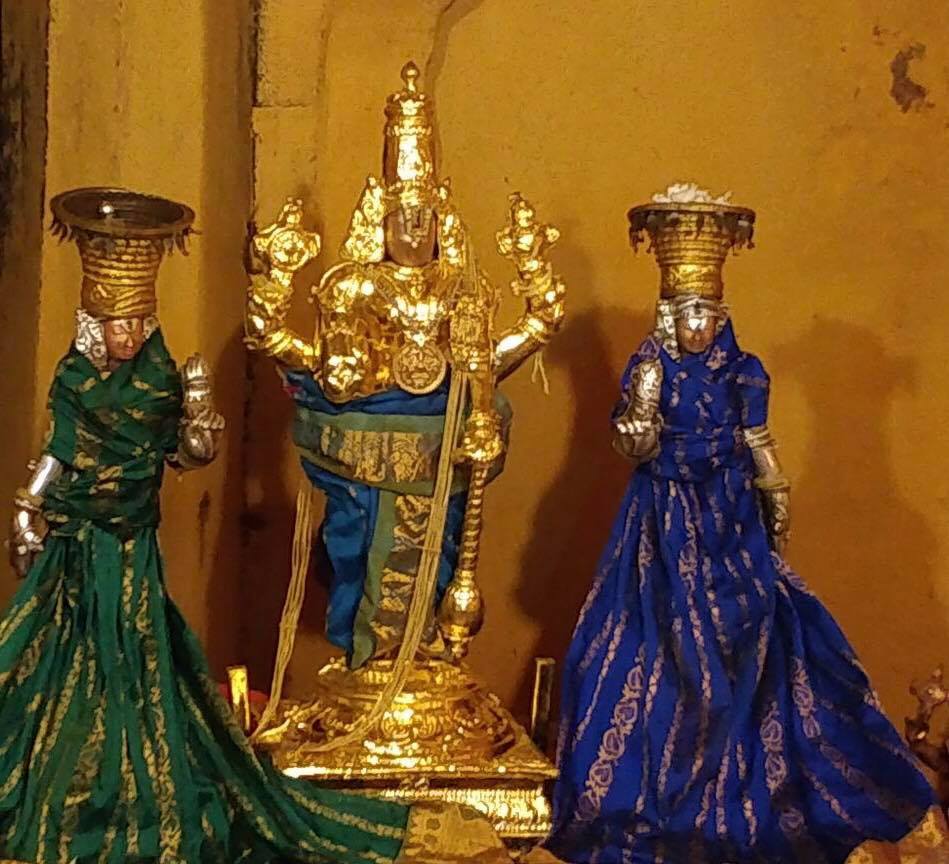 In the fourth pAsuram, parAnguSa nAyaki‘s friend says “The day she saw thiruththolaivillimangalam and the abundance of SrIvaishNavas there, she broke her shackles”.

Subsequently, parAnguSa nAyaki‘s friend says “After seeing thiruththolaivillimangalam which is the abode of his distinguished devotees, she became uncontrollable”.

(to become like this)
annaimIr – you who gave birth to her and raised her
kaNdIr – have seen!
kaRkum – reciting
kalvi – words
ellAm – everything
karu – blackish
kadal – like an ocean
vaNNan – having the form
kaNNan – krishNa who is humble towards his devotees
pirAn – great benefactor
enRE – as

(due to that)
uL – in heart
magizhndhu – with great joy
kuzhaiyum – weakened.

After seeing thiruththolaivillimangalam which is inhabited by experts in eternal vEdham which is classified into four, she is not having control in anything and has become uncontrollable.  You [her mothers], who gave birth to her and raised her, have seen! Everything she recites is about krishNa, the great benefactor who is humble towards his devotees and is having an ocean like blackish form; she is not having any control and is becoming more joyful due to meditating upon such aspects; with great joy in her heart, she has weakened.