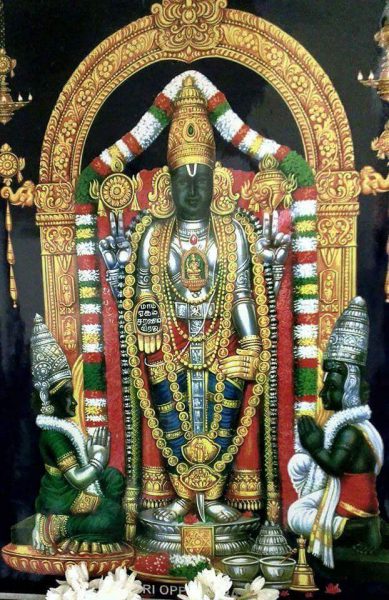 In the eighth pAsuram, AzhwAr says “thiruviNNagar emperumAn is not just my refuge but everything”.

Subsequently, AzhwAr says “krishNa, who is sarvESvaran and [yet] humble towards his devotees, who has certain aspects for both favourable and unfavourable ones, is the distinguished refuge for me”.

(in all manners)
en – for me
saraN – natural refuge

emperumAn is the indestructible refuge for dhEvas and cruel death for asuras; he is placing and not placing the worldly humans who are classified in this manner, in the shadow of his divine feet; such sarvESvaran, who has descended into thiruviNNagar which is the refuge for the southern direction, accepted me as krishNa and accepted my service as my lord; he is the natural refuge for me.

ulagam (world) indicates “the elders and the learned persons” who live there.