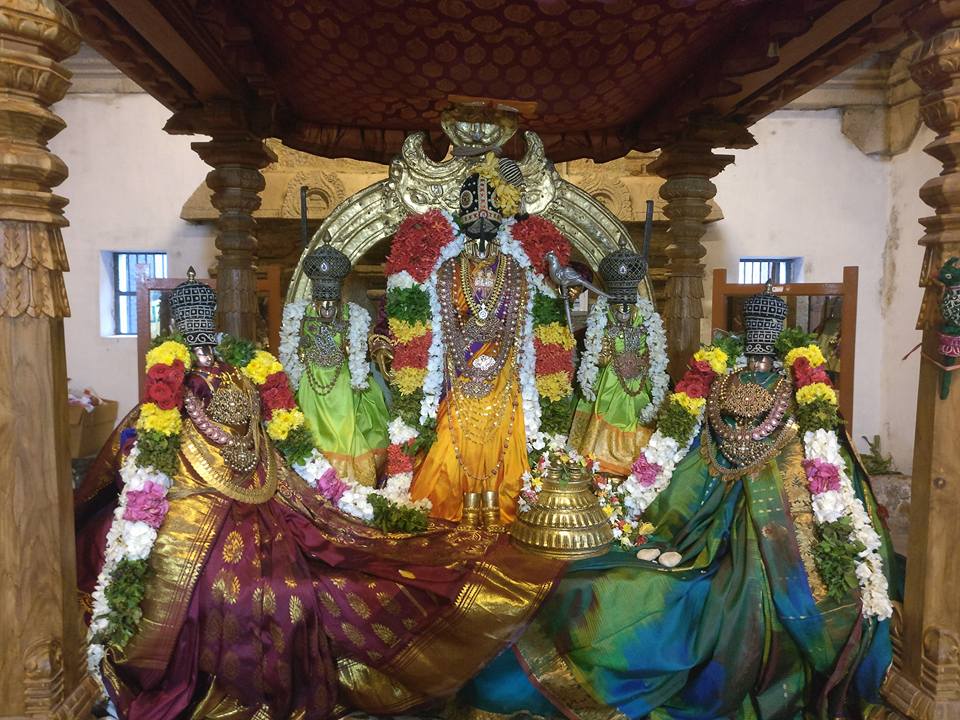 In the seventh pAsuram, parAnguSa nAyaki says “the total beauty of nambi‘s divine form took roots in my heart”.

Subsequently, parAnguSa nAyaki says “nambi, along with his divine form which is infinitely radiant, splendid and attractive, stood in my heart with his divine chakra in his hand”.