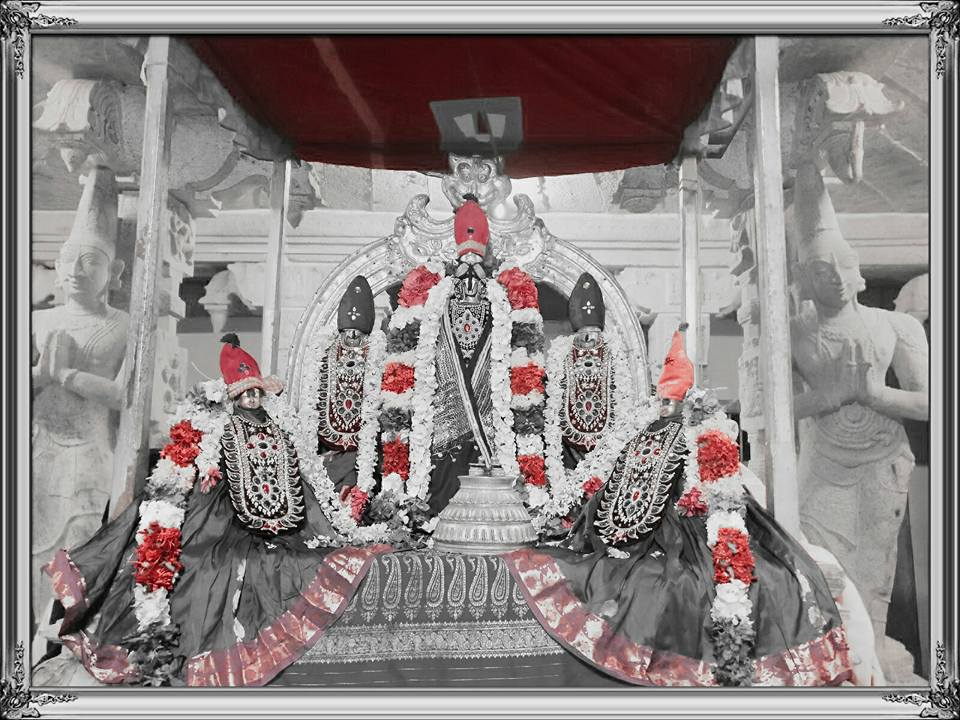 In  pAsuram, parAnguSa nAyaki says “The manner in which nambi’s divine form shines in my heart is beyond the comprehension of anyone”.

Subsequently, parAnguSa nAyaki says “The divine form which is enjoyed by nithyasUris (eternal residents of paramapadham), is very radiant and apt goal, is shining in my heart to be comprehended by none”.

ivaL – she
kazhiya – to eliminate
mikkadhu Or – great
kAdhalaL – one who has love
enRu – saying that
annai – mother
kANa – to see (nambi)
kodAL – does not allow;

(one who makes his devotees exist exclusively for him)
vazhuvil – unimpaired
kIrththi – having glories
thirukkuRungudi nambiyai – thirukkuRungudi nambi
nAn – I (who am having overwhelming affection)
kaNda pin – after seeing
dhEvar kuzhAngaL – groups of nithyasUris
kuzhumi – associating with each other
kai thozha – to be served and enjoyed
sOdhi veLLaththin uLLE – amidst a flood of radiance
ezhuvadhu – appearing in a raised manner
Or – unique
uru – the divine form, which is the apt destiny

(in the same manner)
en – my
nenjuL – in the heart
ezhum – appeared;

When mother asks “But we are not seeing that”, she replies,