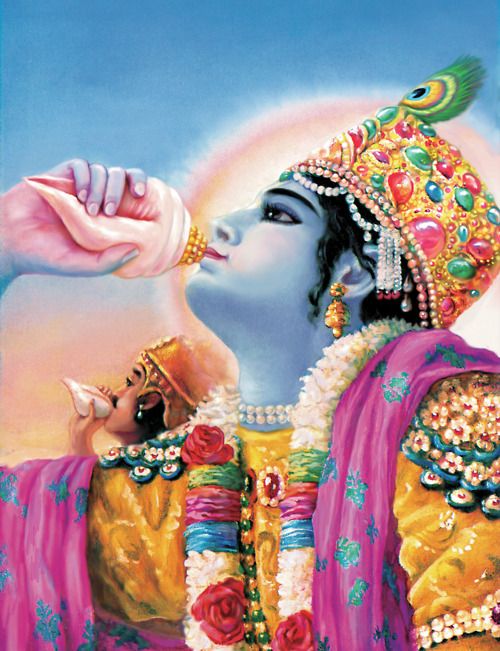 In eighth pAsuram, parAnkuSa nAyaki says “There is no use of my girdle (a waist string worn by women) which is not liked by emperumAn who is praised by dhEvathAs such as brahmA, rudhra et al, for eliminating all the troubles of the world by finishing the unfavourable [demoniac] persons”.

Subsequently, parAnkuSa nAyaki says “What is the use of my girdle which is not liked by emperumAn who is having infinite greatness and who finished the hundred enemies, dhuryOdhana and his brothers, to reduce the burden on earth”.

Eighth pAsuram. parAnkuSa nAyaki says “What is the use of my girdle which is not liked by emperumAn who favours the whole world but disregards me who exclusively exists for him?”.

(due to this favour)
therivariya – having incomprehensible importance (of bewilderment as they consider themselves to be equal to emperumAn himself)
sivan – rudhra
biraman – bramhA
amarar kOn – indhra, the leader of dhEvas
paNindhu Eththum – to praise him out of great gratitude
viri pugazhAn – one who is having vast fame
kavarAdha – not liked
mEgalaiyAl – kAnchIguNa (girdle, waist string)
kuRaivilam – what is the use?

emperumAn eliminated the burden of suffering of the great earth in the olden days by the great battle-cry made by blowing the SrI pAnchajanyam which is having lines, to make the fire of fear enter inside the enemies who did not surrender. What is the use of my girdle which is not liked by such emperumAn  who is having vast fame and is praised by rudhra, brahmA, indhra who is the leader of dhEvas et al who are having incomprehensible importance, out of great gratitude? mEgalai indicates both waist string which holds the garment, and the garment itself.