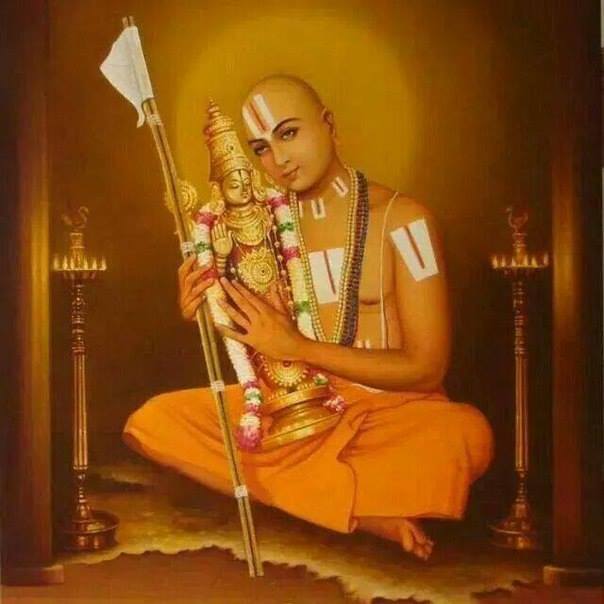 This decad is dedicated to thirunArAyaNapuram selva nArAyaNan emperumAn by emperumAnAr.

AzhwAr being pleased after enjoying emperumAn‘s infinitely enjoyable nature, form, qualities, incarnations and activities, out of that joy, spoke towards others “Give up aiSwarya (mundane wealth) and kaivalya (self-enjoyment) and immediately go and take shelter of the divine lotus feet of emperumAn (which are the ultimate goal) who is Sriya:pathi (lord of SrI mahAlakshmi) and infinitely enjoyable”.

See piLLAn‘s introduction. thiruvAimozhi 1.2 “vIdumin muRRavum” explains how to take shelter of bhagavAn. This decad explains the defective nature of other purushArthams (goals) [than emperumAn] to stimulate vairAgya (detachment) [in oneself].

In first decad – AzhwAr, to explain the chEthana’s exclusive enjoyment of bhagavAn, highlights the following aspects:

Explaining these, AzhwAr mercifully speaks about jIvAthmA’s exclusive enjoyment of emperumAn by instructing everyone to take shelter of such apt ISwara without getting caught in aiSwarya and kaivalya.

AzhwAr mercifully spoke about the latter half of the dhvaya mahA manthram in the first 3 centums; now with the next 3 centums [starting with the 4th centum up to 6th centum], he mercifully speaks about the former half of the dhvaya mahA manthram. Now, he establishes the upAyam (means) for the purushArtham (goal) which was explained in the previous 3 centums. Only those who do not understand this will go behind other upAyams which are really diversions from the goal. In previous decad, AzhwAr was infinitely joyful. He remained satisfied himself and also was able to eliminate the dissatisfaction/defects of those who approached him. [Here in this decad] He tells the samsAris (worldly people) “Knowing that what you are holding on to is unworthy, give them up and approach the lord of SrI mahAlakshmi” and becomes engaged in parOpadhESam (instructing others). AzhwAr engaged in parOpadhESam in thiruvAimozhi 1.2 “vIdumin muRRavum“, thiruvAimozhi  3.9 “sonnAl virOdham” and in this decad too; though all of these decads contain all essential meanings, each one is focussed on a particular aspect. In “vIdumin muRRavum“, AzhwAr said “Giving up other worldly pleasures, engage in devotion towards bhagavAn”; in “sonnAl virOdham“, AzhwAr said “With the sense organs which exist for bhagavAn, instead of praising others, try to engage in praising bhagavAn”; in this decad, considering ‘they are praising others to get some benefits from them”, AzhwAr explains the insignificance, impermanence and faulty nature of such benefits. aiSwaryam (worldly wealth) is unworthy due its insignificant and impermanent nature; AthmalAbham (kaivalyam – self enjoyment) is unworthy due its permanent nature [once kaivalyam is attained, there is no return from that state] even though it is not an apt goal for the jIvAthmA [who is subservient to bhagavAn]; thus explaining the unworthy nature of aiSwaryam and kaivalyam, AzhwAr starts instructing others about the goodness of approaching bhagavAn saying “sarvESvaran is the abode of all auspicious qualities and the one bestower of all results; this being the case, engage in worshipping him”. AzhwAr is not of the type where he would instruct [only] when samsAris (worldly people) approach him after controlling their senses/desires and request him to instruct them for their well-being; instead, he is like pirAtti (sIthA) and SrI vibhIshaNAzhwAn who instructed rAvaNa [who was least bothered to hear from them]; as said in SrI rAmAyaNam yudhdha kANdam 16.21(16.22) “pradhIpthamSaramyathA” (SrI vibhIshaNAzhwAn to rAvaNa – I cannot see you being destroyed .. as no one would ignore a house which is burning), in a burnt down house, as one would seek out for a unburnt piece of wood which can be used [similarly they instruct even the most fallen persons to see if they can be reformed].