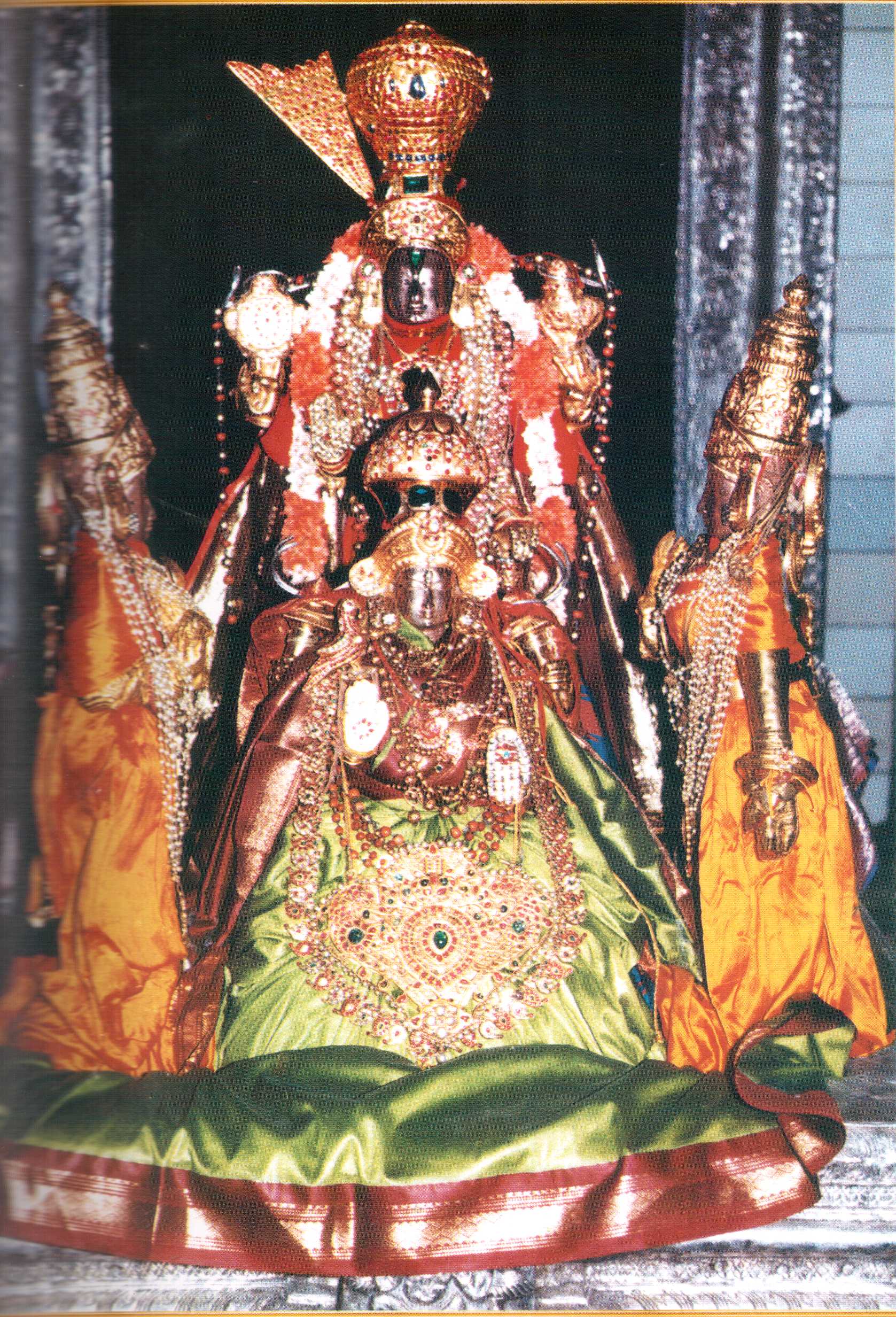 In second pAsuram – AzhwAr says “they (these emperors) will even lose their queens to those who defeated them”.

Subsequently, AzhwAr says “Since you may lose even your wife on top of losing your wealth, you take shelter of emperumAn, the lord of SrI mahAlakshmi, who is the supreme lord of all”.

Second pAsuram. AzhwAr says “These kings will not only lose their kingdom, but their enemies will even grab their queens with whom they enjoyed while ruling over everyone and will thus be in a pathetic state”.

thiRai – tribute
koNarndhu – bringing along
uymmin – survive
enRu – saying this (just words, not even action)
ulagu – world
ANdavar – who ruled over
immaiyE – in the same life
tham – their exclusive
in – dear
suvai – pleasure giving
madavArai – wives (who are totally dependent on them and cannot live without them)
piRar – others
koLLa – to grab
thAm – they themselves
vittu – abandon

(unable to stay in their kingdom)
vem – very hot
min oLi – (having a blinding effect for the one who saw ) such expansive brightness
veyil – sunshine
kAnagam – in forest
pOy – go
kumaithinbargaL – will be tortured (by other kings, there too);

Those kings who rule over the world saying [to regional kings and others] “you survive by bringing along the tribute”, in the same life, would abandon their exclusive, dear, pleasure giving wives to be grabbed by others; unable to stay in their kingdom, they would go into the forest where there is very hot sunshine, only to be tortured (by other kings, there too). Thus, you quickly with goodness, surrender unto the divine feet of the divine husband of SrImahAlakshmi, who is having unstoppably radiant crown.

This being the case,