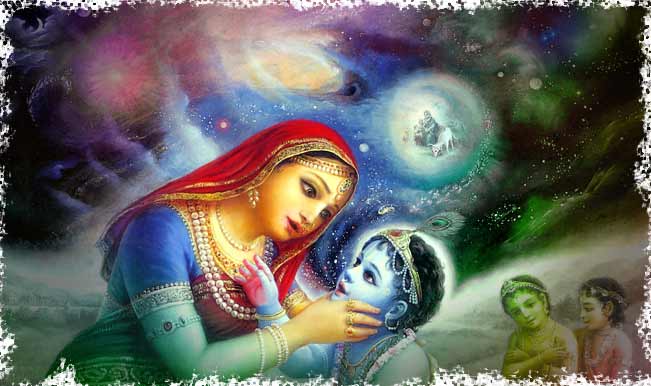 In first pAsuram – AzhwAr says krishNa is the controller of the universe.

In the first pAsuram – AzhwAr says krishNa is the only controller of everyone.

See nampiLLai‘s introduction. AzhwAr says krishNa, who is filled with auspicious qualities and who is the one who protects everyone during annihilation, is the controller.

emperumAn who is the controller of all results/goals such as the strong, unique mOksham (liberation) etc., whose incomprehensible nature is beyond our thoughts, my master who lorded me (by showing such supremacy) , who protected all by keeping everyone/everything in his stomach during annihilation, is the same krishNa who appeared and presented himself to us. He is the supreme controller for the universe and there is no other controlling entity that exists. kaN means kaLaigaN – protection. thiNNan is also explained as thiNNam (niSchitham – certainty).