He is divining the reason for them getting the name of mudhalAzhvArgal, by starting with ‘maRRuLLa AzhvAgaL’.

The first three AzhvArs are supreme like the praNavam (Om). They incarnated between the end of dhvApara yuga and beginning of kali yuga {several years pass between two yugams }. To indicate that too they are called as mudhalAzhvArgaL. 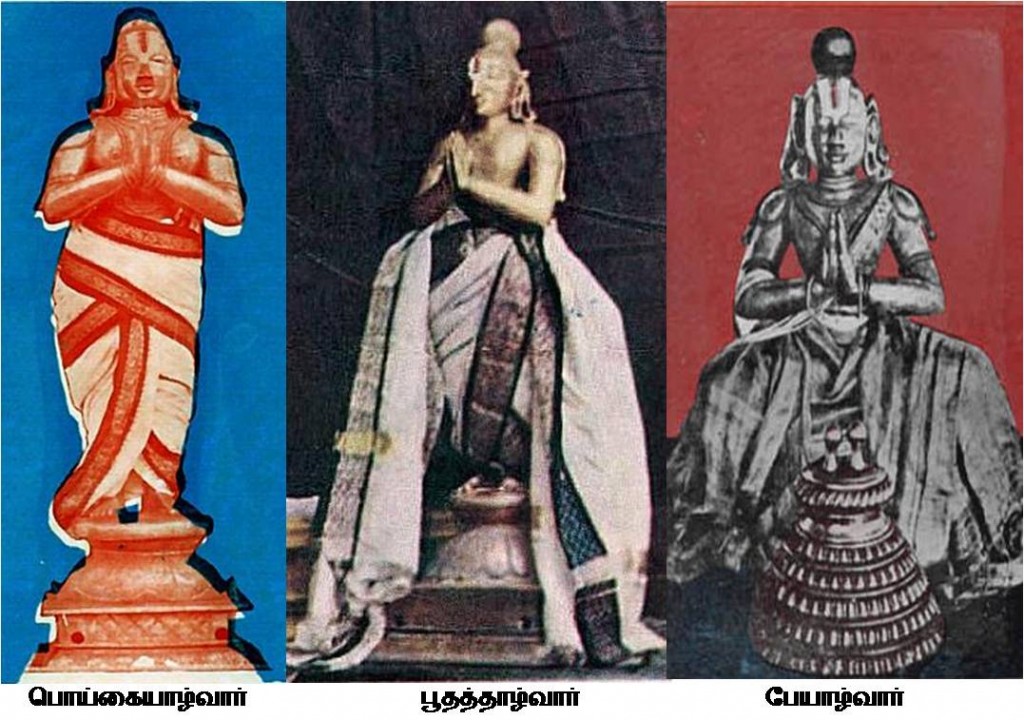 Their greatness is such that they would celebrate their and others’ prabandhams about the thamizh and its formation.

With such greatness through their prabandhams, they removed the darkness (ignorance) in this world, and made people reach the true goal – due to such greatness they together got the name of ‘mudhalAzhvArgaL’ (first/foremost AzhvArs), as referred to by the world.