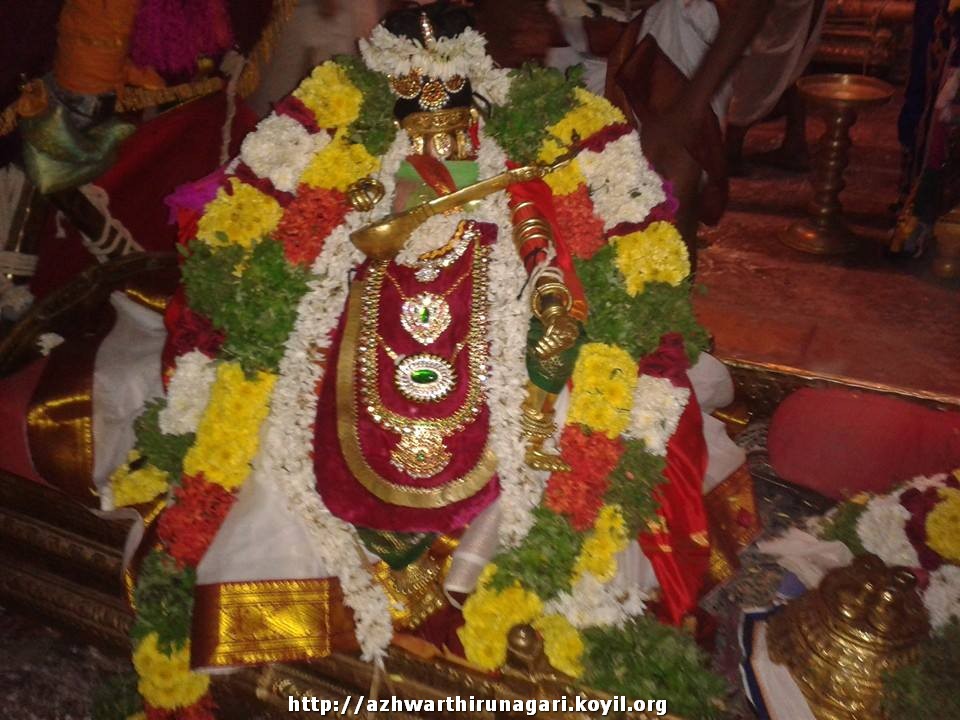 In the end, AzhwAr says “those who learned this decade will eternally live in paramapadham; this is certain”.

Subsequently, AzhwAr mercifully says that the result of (learning) this decad is the attainment of paramapadham.

Those who stick to these ten pAsurams amongst the unique thousand pAsurams which are spoken by AzhwAr who has insatiable affection towards bhagavAn who is known as paramjyOthi and who is the cause of everything, will certainly never miss to reach paramapadham.

From the first pAsuram, AzhwAr grieved for crane, ibis, sea, wind, cloud, moon, darkness, salt-pan, oil-lamp and became very week. At that time, emperumAn arrives there and AzhwAr says to him “Never leave me hereafter” and explains the result for those who learned this decad.