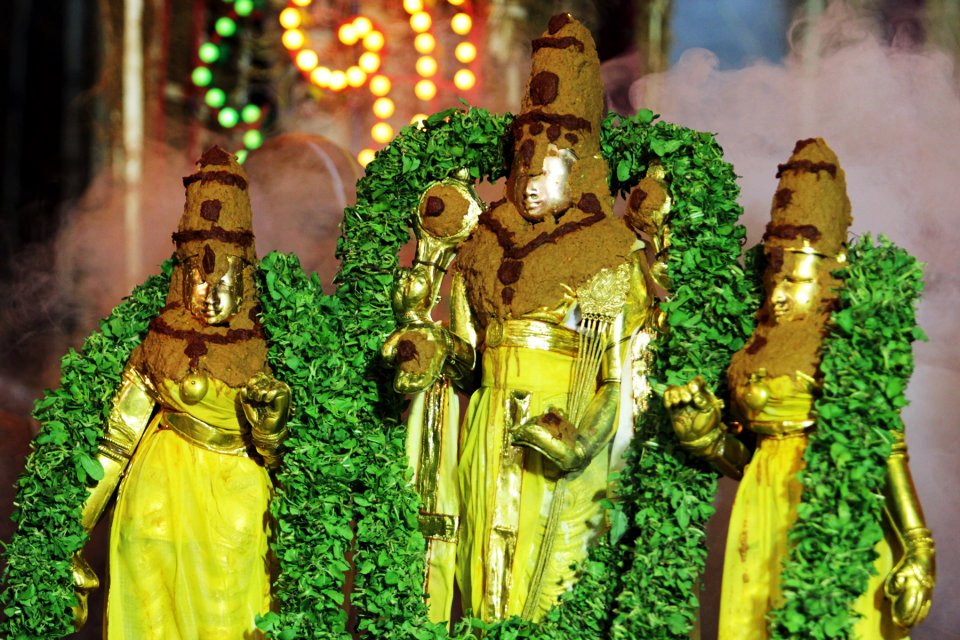 First pAsuram – this pAsuram explains emperumAn‘s sincere engagement with the residents of paramapadham. There is no lack of sincerity in nithyasUris [so, where is the question of emperumAn having to deal with them sincerely?] – but still, since they are many with each one having different desires/tastes, emperumAn understands their desire and engages with them per that desire – this is where his Arjavam (sincerity/honesty) is manifested.

bhagavAn, the unconditional master (of all), climbing on garudAzhwAr wandesr around (fulfilling garuda’s desire to serve him), wearing cool thuLasi garland and joyfully engaging with those entities who are eternal.