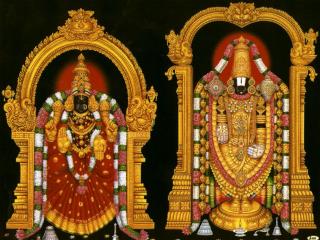 Eighth pAsuram. nammAzhwAr explaining sriya:pathithvam (being the husband of srI mahAlakshmi) that is the basis for emperumAn being worshippable, says that in the beginning of such worship, all obstacles for such worship will be eliminated.

Subsequently, AzhwAr says that on approaching the lotus feet of sarvEsvaran who is srIya:pathi, the obstacles for such surrender and the ultimate materialising of the result will be destroyed.

Some people ask “You are saying at least surrender to emperumAn now. But we have accumulated sins since time immemorial. How do we eliminate that? Do we have time to surrender unto him?” AzhwAr replies “When you get ready to surrender, your obstacles will be destroyed. Since you are surrendering to sriya:pathi (husband of srI mahAlakshmi), don’t think that you have lost your opportunity. Even if you are too old and walking with a stick, you can fall at his lotus feet with the stick and will still be protected”.

mananagam – in  the heart
malam – dirt which is created due to confusion on thrimUrthi sAmyam (brahmA vishNu rudhra being considered equal)
aRa – to remove
kazhuvi – purified through knowledge
nALum – everyday which is dear to us
nam – for us
thiruvudai – srImAn (one who has srI mahAlakshmi)
adigaL tham – unto the swAmi (master)
nalam – approachable by all, most enjoyable
kazhal – lotus feet
vaNangi – surrendering
nALum – everyday
ninRu – always being with us
adum – torturing
nama – accumulated by us knowingly
pazhamai – eternal, always existing since time immemorial
am kodu – most cruel
vinai – pApams (sins) such as akruthya karaNa (indulging in the prohibited acts) etc
udanE – at the time of surrender
mALum – will be destroyed
Or kuRaivillai – nothing to worry
mALumOr idaththilum – even while leaving the body
vaNakkodu – with surrender
mALvadhu – dies
valam – strong

By purifying one’s heart through knowledge eliminating the dirt of considering the three dhEvathAs (brahmA, vishNu, rudhra) to be equal and surrendering unto the most enjoyable and easily approachable lotus feet of our swAmy (master) srIman nArAyaNan who is the husband of srImahAlakshmi, we can eliminate the most cruel sins which were accumulated by us knowingly and which have tortured us every day, during such time of surrender. Even if we are able to surrender at the last moments of our life, it will be strong enough.

Similar to vAdhi kEsari azhagiya maNavALa jIyar‘s translation. In addition, piLLAn says “Even if those who realise this at the last moments of their life are unable to engage in bhakthi yOgam for even a small period of time, just an anjali (namaskAram with folded hands) or even a word or even a thought towards emperumAn is better than such bhakthi yOgam”.